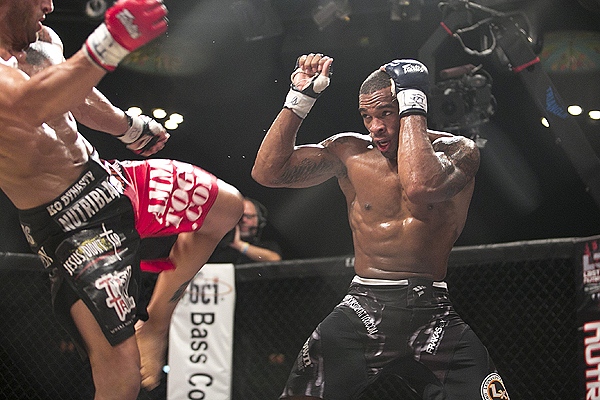 World Series of Fighting welterweight Gerald Harris recently announced that he has requested the Nevada Athletic Commission test both him and his opponent at the WSOF’s debut event on Nov. 3.

Harris, who confirmed his intentions with Sherdog.com on Wednesday, also asked the NAC to test him and all his opponents at future events. The fighter plans to make the same request in every other state in which he competes.

“The recent increase in mixed martial arts failed drug tests has led many trainers, fighters, and fans to believe that over 50 percent of our athletes are using some form of performing enhancement drug (PED),” Harris wrote in a letter. “I cannot speak for others, but I do believe those numbers are overhyped, and the only thing I can do is offer my honesty ... I also agree to any testing during my camps, before and after fights and random drug testing at any point [in] time.”

Harris faces Josh Burkman on Saturday night at Planet Hollywood Resort and Casino in Las Vegas as part of the event’s undercard, which streams live on Sherdog.com.

“I wasn’t just being an attention whore. I was being serious,” Harris told Sherdog on Wednesday. “It’s nothing against Josh Burkman. I don’t think Burkman is dirty. I have a lot of respect for the guy. I just want them to test me and my opponent at every fight.”

Harris told Sherdog.com that the NAC has not yet responded to his letter. On Wednesday morning, Sherdog.com attempted confirm that the letter had been delivered, but NAC officials did not respond to email requests for comment at the time of writing.

“I am doing this to show the fans that there are plenty of clean athletes out there,” Harris wrote. “The assumption that we are mostly all using PEDs really bothers me, because I train so hard, respect my body, and sacrifice so much to compete. I cannot accept being labeled as a possible cheater. As a father, I instill the same values in my children and living a clean lifestyle will allow me to hopefully live a long, healthy life and to care for them.”

Although it is currently unknown if Harris will be among those tested by the NAC at his Nov. 3 bout, the fighter says that he plans to submit to the famously stringent testing of the Voluntary Anti-Doping Association (VADA) prior to his next fight.

“I couldn’t do it for this fight [with Burkman], because I need [to begin the process six weeks out from an event], but I want to let everybody know that I’ll be participating in it and get the word out there,” said Harris. “I’ve got the application, and I will be doing random testing. You have 30 to 60 minutes to [submit] your blood, urine, whatever [VADA requests]. They will call you and say that you have to be at this place in an hour, anytime within that six weeks. They don’t play. It’s strict.”

Harris, 32, rides a four-fight winning streak into his Nov. 3 bout with Burkman. A former UFC middleweight, “Hurricane” more recently made the drop to 170 pounds for his May 11 Legacy Fighting Championship appearance against Mike Bronzoulis, taking a split decision victory over “The Greek” at LFC 11. Harris owns 15 of his 21 career wins by either knockout or submission and has been finished just once during his six-year pro career.