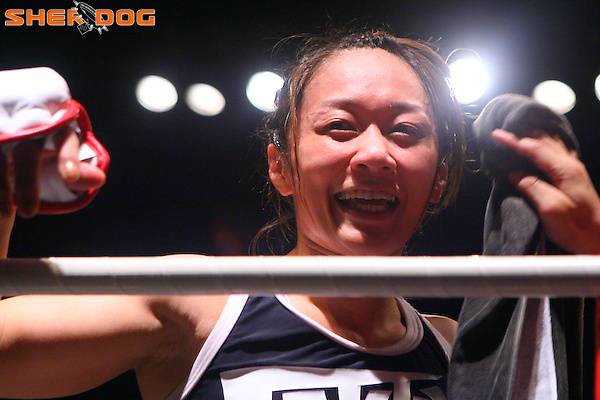 “I’m happy that I’ll be participating in VTJ 3rd, but I have another announcement to make tonight: I’ve decided that my fight at VTJ 3rd will be my last,” declared the 39-year-old women’s MMA pioneer.

“I've trained martial arts all my life, but I need to take that next step for the next stage of my life. I thus decided that VTJ 3rd will be my last fight,” concluded Fujii.

After dominating the women’s circuit in Japan for six years, Fujii entered Bellator’s inaugural 115-pound women’s tournament in 2010, submitting both Lisa Ellis and Carla Esparza before dropping a contentious decision to Zoila Frausto Gurgel in the finals. Currently holding an impressive 26-2 record, Fujii’s only other career loss is to Jessica Aguilar in a similarly a contentious decision in May 2012’s Bellator 69.

VTJ 3rd is set to take place on Oct. 5 at the Ota Ward General Gymnasium.

Go Yamamoto contributed to this report.