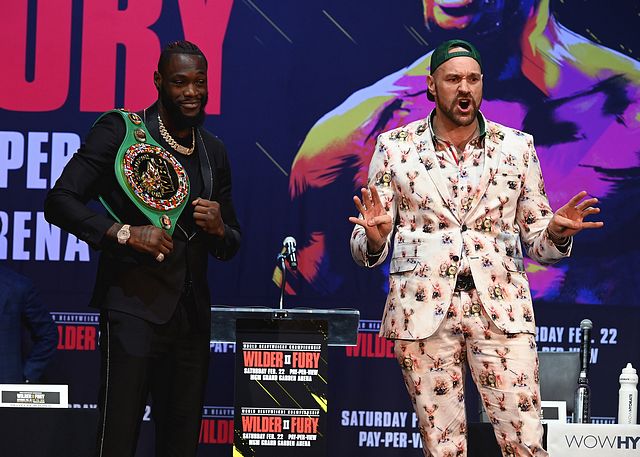 The proposed third meeting between Tyson Fury and Deontay Wilder is the latest sporting event to fall victim to the coronavirus pandemic.

Top Rank chairman Bob Arum informed ESPN that the bout will not take place on July 18 as originally planned due to ongoing concerns regarding COVID-19. However, the trilogy is still expected to be next for both fighters.

"You could not guarantee the fighters that the event would take place on that date. We couldn't convince them or ourselves," Arum said. "Where were they going to train for it? It just made no sense. You just have to take a step back. How are you going to sell tickets? It's absolutely ridiculous to say the fight is on when the Brits can't even get there.”

Fury knocked out Wilder in the seventh round of their rematch on Feb. 22. Shortly thereafter, Wilder exercised the rematch clause in his contract. Fury and Wilder battled to a split draw in their first bout on Dec. 1, 2018.

Arum told ESPN that the current plan is to reschedule the fight sometime in the fall.

"So everybody has to take a step back. Boxing is not isolated. It's part of what's happening in the world," Arum said. "So possibly the fight will be in early October.”