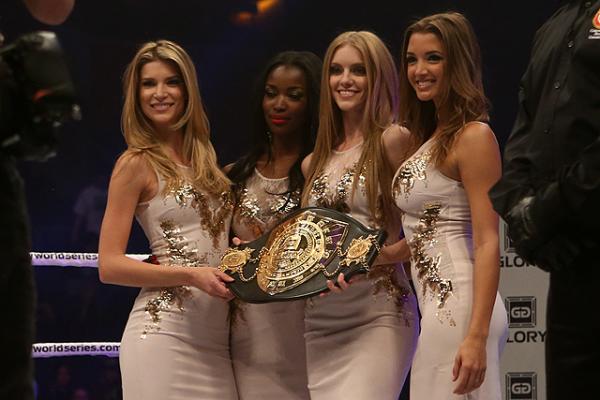 A heavyweight championship bout between Rico Verhoeven and Errol Zimmerman will headline Glory 19 on Dec. 19.

Glory World Series announced the pairing on Wednesday. The fight is the first matchup confirmed for the Spike TV televised kickboxing card, which does not yet have a location.

Verhoeven (44-9, 10 KO) will be making his first title defense since winning the belt in June at Glory 17 in Los Angeles. The “Prince of Kickboxing” has not been defeated since 2012, with wins coming against Gokhan Saki, Peter Aerts, Daniel Ghita, and the man he will meet for a third time, Zimmerman. In his only other action in 2014, the Dutchman also won his first professional boxing tilt.

At only 28, Zimmerman has already competed over 100 times, compiling a record of 103-11-1, with 44 knockouts. “The Bonecrusher” earned his title shot after defeating Ben Edwards and Anderson Silva in the same night at Glory 16. After losing his first three fights under the Glory banner, Zimmerman has bounced back by winning three of four.
« Previous Next »