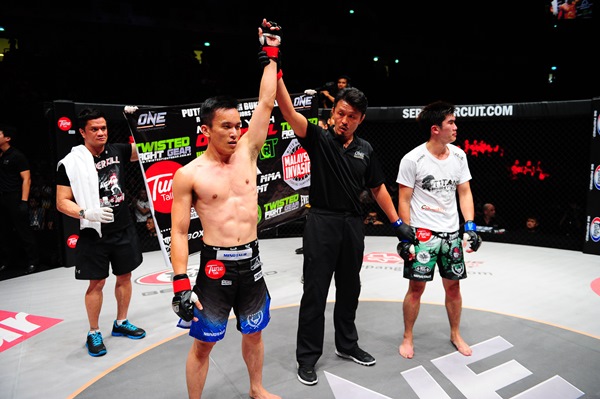 The fight card for One FC 12 continues to grow, as the promotion announced Monday that four new bouts have been added to the Nov. 15 bill.

A featherweight tournament final pitting Melvin Yeoh against A.J. Lias Mansor highlights the new additions. According to a release, the winner earns the title of Malaysian national featherweight champion. Additionally, Gianni Subba will meet Yun Ting Chen at flyweight; Nik Harris will battle Zuli Silawanto at welterweight; and Steven Durr will square off with Samir Mrabet.

One FC 12 “Warrior Spirit” takes place at the Putra Indoor Stadium in Kuala Lumpur, Maylaysia, and is headlined by a 170-pound title tilt between Adam Shahir Kayoom and Nobutatsu Suzuki. The main card can be viewed for $9.99 at onefc.livesport.tv, while the undercard streams live and free on Sherdog.com.

Yeoh has won seven of his eight professional appearances, most recently submitting Raymond Tiew with a second-round triangle choke at One FC 7. “Overkill” has finished six of his victories by either knockout or submission.

A replacement for the injured Jian Kai Chee, Mansor enters the bout on a three-fight losing skid. Mansor’s last two defeats have come under the One FC banner, as he fell to Mitch Chilson in June 2012 before dropping a unanimous verdict to Chee in February.