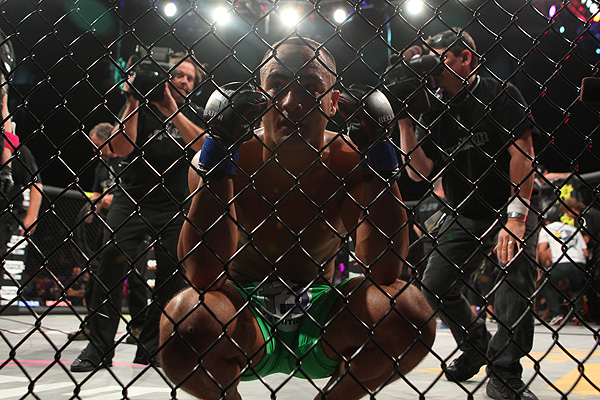 It appears Eddie Alvarez and Bellator will settle their differences in a courtroom instead of behind closed doors.

“We will be going to trial, and there will be no settlement,” Alvarez wrote Thursday on Twitter. “I want to see this thing through and let the truth come out in the end.”

Bellator’s former lightweight champion saw his contract with the Viacom-owned promotion expire in October, and Bellator waived its exclusive negotiating period on the condition that Alvarez only elicit an offer from the UFC. The fighter did just that and was offered an eight-fight deal from MMA’s largest promoter, and Bellator exercised its matching rights.

Alvarez, however, did not believe Bellator’s deal to be a match and stated his intent to sign with the UFC. In response, Bellator filed suit alleging breach of contract and tortious interference, to which Alvarez responded with a countersuit, seeking an injunction that would allow him to compete at UFC 159. That injunction was denied in January, and the sides resumed the negotiations that have apparently halted of late.

Alvarez also revealed Thursday that he has renovated and sold an investment property in Philadelphia in order to move to Boca Raton, Fla., presumably to set up shop at the Jaco Hybrid Training Center with the Blackzilians under the supervision of manager Glenn Robinson.

“I recently sold an investment property in order to wait this trial thing out,” Alvarez wrote. “I didn’t want to sell it. It was supposed to be a retirement thing, but that’s how s--t goes. I am taking the funds from the sale of the home and moving to Florida with my family. My goal is to train with the best team and coaches in the world, beat this court case, become No. 1 in the world and keep it.”

Alvarez, 29, has won nine of his last 10 fights, with his lone defeat in that span coming to Michael Chandler in November 2011. Since relinquishing the Bellator lightweight belt to Chandler, Alvarez has won back-to-back fights, smashing Dream champion Shinya Aoki in their rematch before knocking out hard-punching Brazilian Patricky Freire this past October.

Though it is unknown how long Alvarez’s dispute with Bellator could drag on in court, the fighter nevertheless believes he can use the forthcoming layoff to his advantage.

“On the good side, I made a s--t load of cash from selling my property, so me and the fam should be straight for a while. I am in no hurry. This has always been a marathon for me, not a sprint. Time will only make me more dangerous when I fight. I promise. I’ll be training as if I have a fight, no matter what the circumstances.”