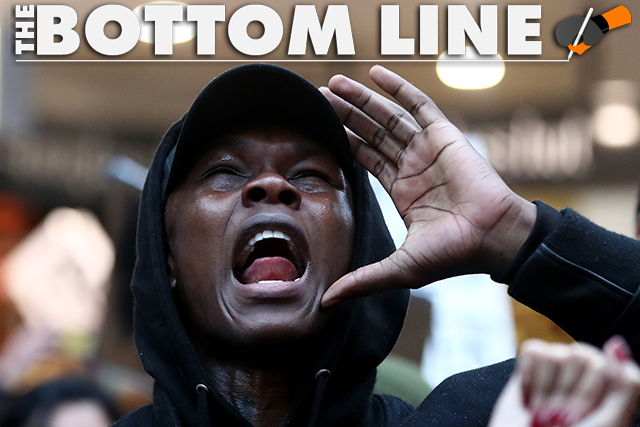 Sign up for ESPN+, and you can then stream UFC 253 live on your smart TV, computer, phone, tablet or streaming device via the ESPN app.

One of the most visually striking changes Zuffa implemented after purchasing the Ultimate Fighting Championship in 2001—my how time flies—was the way it handled entrances. UFC entrances to that point were rather bland and generic, with fighters largely walking out through a non-descript entrance to the familiar sounds of the UFC theme. In 2001, Pride Fighting Championships was the top MMA organization in the world and a big part of that success was the pageantry: a big stage, extravagant lighting and blaring music that announced Pride events as the place to be. The UFC learned from that model and borrowed it.

In short order, fighters were coming out on a bold metallic stage accompanied by large screens and pyrotechnics. It made the UFC seem like a bigger deal and more of a higher-end production than it had been before. The specific look hasn’t aged particularly well, but the big picture effect at the time was a positive one. It seemed like that would be the new standard for UFC production, until one event when it no longer was.

At UFC 44, with little fanfare, the stage and all the other bells and whistles were gone. Fighters simply walked out from the backstage area, and they have been doing the same ever since. It was a surprising decision and one that went largely unexplained. The most obvious explanation at the time was that it was a financial decision. UFC pay-per-views were not doing as well as the Fertittas hoped when they purchased the company. Removing the stage, screens and fireworks saved money, and, more importantly, it allowed the UFC to sell more tickets to the events without that large area blocked off.

An alternate theory posits that perhaps the company was reacting specifically to UFC 43, where Chuck Liddell’s epic entrance was a high-water mark for unintentional comedy. The late Charles “Mask” Lewis put on his wackiest voice and described Liddell as a “professional killer, an assassin, aggressive, intolerant, unrelenting, tenacious” before asking the crowd, “Can ya feel me?” Thunder went off in the background, blue lighting filled the arena and the sounds of Vanilla Ice brought Liddell to the Octagon to receive a shocking beatdown from Randy Couture. It was perhaps no coincidence that it was the last event for the UFC stage.

Then again, perhaps it wasn’t a financial move and it wasn’t Vanilla Ice’s fault. UFC President Dana White this week volunteered that he just doesn’t like colorful entrances and instead prefers them to be minimalistic. This came up specifically in the context of Israel Adesanya, whose fun and impressive entrances have helped get across his personality and increased his star power.

White’s oversight of the UFC has certainly produced very positive results, but he’s making a mistake in de-emphasizing opportunities to accentuate the individuality of his athletes. One of the greatest moments in Conor McGregor’s rise was his spectacular, smoke-filled entrance as Sinead O’Connor performed live. It made McGregor come across as a larger-than-life superstar before he’d even picked up his key wins. Why wouldn’t you try to do that sort of thing for your biggest stars?

This fits a general pattern. The UFC’s pre-fight packages are largely the same for each fighter. The apparel deals have meant that fighters largely dress the same. White’s comment that he’s fighting Adesanya on the entrances suggests that beyond just not exploiting these opportunities to distinguish individual fighters, he’s actively fighting their attempts to do so themselves. In a star-driven sport, that’s a mistake. With so many shows, there should be a premium on finding different ways to make fighters feel unique and special. If fighters have their own ideas for how to do so, it should be encouraged rather than deterred. Moreover, fans like those shows of personal expression. It’s fun. Even the No Fun League recognized over time that endzone dances make the sport more engaging, and entrances don’t have the element of potentially showing up an opponent.

Adesanya is the perfect example of this. His entrance at UFC 248 highlighted his pride in his African heritage, making him more relatable. Meanwhile, his entrance at UFC 243 showed off his spectacular dancing moves in a way that made him seem larger than life. It’s perplexing that anyone would watch those and conclude they want to see less of that. Rather than discouraging Adesanya from more, the UFC would be better off hiring him to plan other fighters’ entrances.

Beyond the specifics of entrances, this also highlights the general importance of malleability in promotion over time. When a promoter is doing the same thing over the course of decades, there’s a trap of falling into a routine and not thinking outside the box. Continually reinventing the methods of promotion allows a form of entertainment to appeal to new generations of fans and thrive over the long haul. Fighters who assist you in that effort are assets to be cultivated.