In October 2018, just under two and a half years ago, we learned that recently dethroned Ultimate Fighting Championship flyweight champ Demetrious Johnson and retired, undefeated One Championship welterweight champ Ben Askren were being released from their respective contracts in order to sign with the other promotion. The de facto trade shocked the MMA world. Johnson, notwithstanding his close loss to Henry Cejudo, remained one of the top pound-for-pound fighters in the sport, while Askren was perhaps second only to Mamed Khalidov as the most dominant and visible fighter of the decade never to have passed through the UFC.

Everyone seemed to have an opinion about the deal and what it meant for the fighters and the organizations, and yours truly was no exception. I penned an op-ed breaking down the implications, some good and some not so good, of the Johnson-for-Askren trade. (Don’t bother reading it; I’m going to tell you all about the things I got wrong.) 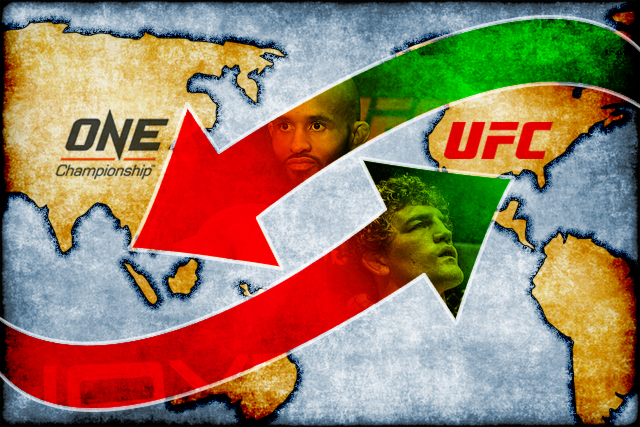 
Notably, I felt the move was a great opportunity for Askren to prove what I had believed for years: namely, that he was one of the five or six best welterweights on the planet. I maintained that Johnson’s situation was the inverse of Askren’s, as he went to ply his trade against a One Championship flyweight division that I felt had few real challenges for him. The less said about Askren’s UFC adventure the better, as he tallied one extremely questionable win — not through any fault of his own — against two definitive stoppage losses, including one of the most brutal knockouts in MMA history. Two and a half years from the blockbuster trade, the “Funky” one is already re-retired from mixed martial arts and preparing to box a YouTuber.

Johnson’s journey is more complex and more interesting. The question on my mind, and I think quite a few others’ minds as well, was whether “Mighty Mouse” would be able to do enough in One Championship to maintain his pound-for-pound cachet. After all, this was a man who had established himself as the sport’s most dominant champion by blowing through the likes of Joseph Benavidez, John Dodson and Kyoji Horiguchi. What could One possibly offer in comparison to those names? (At the time, I conveniently forgot some of the less heralded names Johnson had faced in the UFC, leading to complaints that he had cleaned out the division.) And meanwhile, Cejudo would soldier on in the UFC with that win over Johnson in his pocket. Of course, the loss to Cejudo has aged very well; considering that “The Messenger” went on to destroy T.J. Dillashaw, Marlon Moraes and Dominick Cruz in his next three fights, Johnson’s split-decision loss and 1-1 record against the champ-champ look awfully good.

Johnson spent 2019 winning One Championship’s flyweight grand prix, and while that was no more than expected of him as the odds-on favorite, the optics of those fights were my first clues that I may have been underestimating One’s flyweight division. In particular, the tournament final against Danny Kingad was an eye-opener. The 24-year-old Kingad was 13-1 at the time and the division’s hottest rising contender. However, I felt he was very much a product of his home gym, Filipino MMA giant Team Lakay; in other words, a Wushu-influenced striker with some spectacular standup highlights who would be at a major disadvantage against a good old-fashioned American wrestler, let alone Johnson, one of the most well-rounded fighters in MMA history. When Kingad mentioned Johnson’s wrestling as a potential weakness, I may have spit out my drink, then wondered aloud, “He has seen more than just the second Cejudo fight, right?” 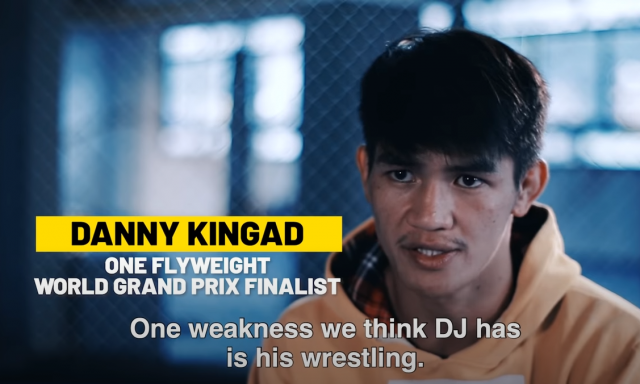 Imagine my surprise when Kingad gave Johnson one of the tougher fights of his career. (The oddsmakers who had installed Johnson as a stupefying 20-to-1 favorite may have been feeling the same way.) While Johnson probably won all three rounds — no scores were announced — Kingad pushed him in every round, knocking him down once, threatening with submissions and holding his own in furious scrambles. And true to his projection, Kingad even took Johnson down a couple of times. I had expected a steamrolling, and instead was left with the same sneaking suspicion I had after Johnson’s 2015 win over Horiguchi: that he had caught a rising prospect early, and a rematch down the road might be a much closer affair.

What relevance does any of this have right now, as Johnson prepares to take on One flyweight champ Adriano Moraes, seeking to add Moraes’ lineal belt to his Grand Prix hardware? For one, Moraes is the only other man to defeat Kingad, choking him out in the first round of their 2017 meeting. The 14-3 Moraes is one of the most dangerous grapplers in the division, yet displays a well-rounded game that reflects his long tenure at American Top Team. Moraes is also a titanic flyweight; while Johnson has always given up height and mass to almost all of his opponents, Moraes should be the largest man he has faced since Miguel Torres a decade ago. I will stop well short of calling Moraes the biggest challenge of Johnson’s career. We’re talking about a man who strung together a record 11 straight title defenses in the UFC, after all. However, Moraes presents unique dangers as perhaps the greatest pure submission threat Johnson has faced, with rangy striking to boot.

Should Johnson get past Moraes at One on TNT 1 next week, as he will be favored to do, he will have his hands full defending his new hardware. Whether it’s a Moraes rematch, Dagestani bruiser Yusup Saadulaev — one of the top flyweights fighting outside North America along with Moraes and Horiguchi — or the trademark Wolverine chops and stony fists of fellow UFC veteran John Lineker, Johnson’s path is suddenly littered with very credible foils. Any of those three represents a far more interesting matchup for Johnson than Chris Cariaso or Tim Elliott, to name just two title challengers who elicited raised eyebrows from fans during his record-breaking UFC run.

Still just 34, Johnson remains a current pound-for-pound standout even as he continues to work on his résumé as an all-time great. Despite what I may have thought a couple of years ago, One Championship, with its surprisingly strong and burgeoning flyweight division, has ended up being a pretty damned good place for him to do so.
« Previous Next »