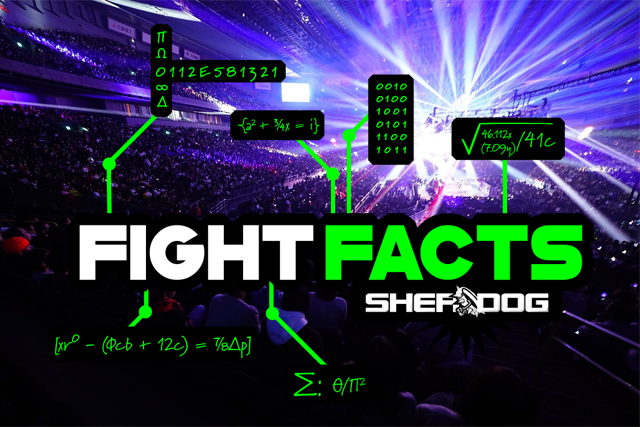 Fight Facts is a breakdown of all of the interesting information and ring rarities on every card, with some puns, references and portmanteaus to keep things fun. These deep stat dives delve into the numbers, providing historical context and telling the stories behind those numbers.

Rizin Fighting Federation tied a bow on 2018, as it held two incredible cards at the Saitama Super Arena in Saitama, Japan on Dec. 30 and Dec. 31. The events featured the fastest finish in a women’s bout in major MMA history, more than one unique submission and the introduction of titles to the promotion.


STILL AN EFFECTIVE TEAM: Brothers Mikuru Asakura and Kai Asakura competed on the same card together at Rizin “Heisei’s Last Yarennoka!” Both men won, repeating their achievements when they competed and prevailed at Rizin 13.

40 IS THE NEW 20: Coming into his bout with Tatsuya Kawajiri, Satoru Kitaoka had reached the scorecards 40 times -- more than any fighter, besides his opponent, on either card had in total fights. He added to that total when he edged Kawajiri by decision.

HORSESHOES AND HAND GRENADES: Kawajiri dropped a split decision to Kitaoka and in doing so was saddled with the first split decision -- win or loss -- of his career. His previous 18 bouts that went to a decision all ended as unanimous verdicts, and his two career draws did, as well.

DON’T YOU KNOW THAT YOU ARE A SHOOTING STAR: In smashing Takeshi Inoue with a second-round flying knee and follow-up punches, Mikuru Asakura earned the second flying knee stoppage in promotional history. The first came at Rizin 13, where Daron Cruickshank flattened Diego Brandao with a flying knee.

HER FIRST FIGHT IN THE KUMITE, SHE BROKE THE FREAKIN’ WORLD RECORD!: Kana Wanatabe’s 11-second knockout of Shizuka Sugiyama marked the fastest stoppage victory in the history of women’s divisions across every major MMA promotion. It was also the third-fastest finish in Rizin history.


OPEN FOR BUSINESS: Rizin put two inaugural championship belts on the line. While five tournament champions had previously been crowned, these inaugural belts set the stage for the bantamweight and women’s super atomweight divisions. Both the victors of the bantamweight grand prix (Kyoji Horiguchi) and the super atomweight grand prix (Kanna Asakura) competed for belts, although only one emerged victorious.

MORE TAPPING THAN TOMMY TUNE: Seven bouts ended by submission at Rizin 14, smashing the record of five previously held by Rizin 2 and Rizin 9.

EIGHT IS GREAT: Horiguchi and Jiri Prochazka each picked up their eighth wins in Rizin, extending their record for the most victories under the Rizin banner.

FROM SEA TO SHINING SEA: Former Invicta Fighting Championships atomweight champion Ayaka Hamasaki won the Rizin super atomweight crown when she armbarred Kanna Asakura. In doing so, she became the third former Invicta champ to later win a belt in another major organization, joining Cristiane Justino and Carla Esparza, who each won UFC belts in their respective weight classes.

TAP TAP TAPAROO: In a wild affair that saw Brandon Halsey hurtling out of the ring and earning himself a yellow card, Prochazka outlasted the former Bellator middleweight champ and made him to tap to strikes. It marked the third time in promotional history that a fighter has been struck into submission.

ADOPTIVE HOMETOWN: With Prochazka making his ninth appearance inside the Rizin ring, he now has more MMA bouts with the organization than any other fighter. Horiguchi has also competed for Rizin nine times, but one of those appearances took place under kickboxing rules.

SHOWSTOPPER: In his nine Rizin appearances, Prochazka has finished his opponent seven times, giving him the most stoppage victories in promotional history.

KEY LARGO: Gabi Garcia’s keylock finish of Barbara Nepomuceno was only the second such submission in Rizin history. The first inside the promotion was also performed by Garcia, who tapped Destanie Yarbrough with one at Rizin 2 in 2016. It took Garcia three fewer seconds to submit Nepomuceno than it did Yarbrough.

IS THERE NO ONE ELSE?: Garcia remained undefeated in her career at 6-0, with one no-contest. All six of those wins have come by stoppage.

JUDGES OR BUST: Miyuu Yamamoto has earned all four of her career victories by decision following her win on the scorecards over Mika Nagano. On the flipside, all three of her losses have come by submission.

SIR HAMMERLOCK’S BIG-GAME HUNT: In pulling off an unusual hammerlock submission of Erson Yamamoto, Kazuyuki Miyata notched the first submission of that kind in combined Pride Fighting Championships-Rizin history. This maneuver has been seen before in MMA, most notably from K-1 Dynamite!! 2009, where Shinya Aoki snapped Mizuto Hirota’s arm with a hammerlock in 77 seconds.

FEELS BAD, MAN: By falling short for the fourth time inside the Rizin ring, Erson Yamamoto tied Kizaemon Saiga for the most losses with the company. “Badman” has been finished in all four of those losses, giving him the most stoppage losses in Rizin history.

I’M A DOCTOR, NOT A FIGHTER: When Johnny Case forced the doctors to intervene to stop their fight, Yusuke Yachi became the third fighter in Rizin history to lose by doctor stoppage. The first came when Ian McCall got cut by the ropes against Manel Kape at Rizin 8. More recently, Roque Martinez was stopped by the doctors due to a cut from Mirko Filipovic at Rizin 13.

SCISSOR WIZARD: Yuki Motoya snagged an ultra-rare submission of Justin Scoggins with a first-round leg scissor choke, affectionately referred to as a “teepee choke.” Though the maneuver has not been seen in a major MMA promotion while the fighter was on his or her back, Ben Fodor tapped Roberto Yong with a leg scissor choke from his side at World Series of Fighting 23 in 2015.

PUTTING MY BABY TO SLEEP: With referee Tomoki Matsumiya missing the tap and letting Shinju Nozawa-Auclair fall unconscious from Justyna Zofia Haba’s rear-naked choke, Nozawa-Auclair became the sixth fighter in promotional history to lose by technical submission. Half of the fighters to lose by technical submission have done so in the clutches of a rear-naked choke.

OUT OF THE HANDS OF THE JUDGES: In each of Tofiq Musayev’s 14 wins, he has finished his opponent within two rounds. He stopped Nobumitsu Osawa with punches in the second round.

NEVER SAY NEVER AGAIN: Coming into Rizin 14 and “Heisei’s Last Yarennoka!,” Inoue had never been knocked out (35 fights), Kanna Asakura had never been finished (15 fights) and no Rizin event had ever featured seven different types of submissions in one night.

THAT OTHER THING: Rizin 14 ended with an exhibition boxing match between undefeated 50-0 boxer Floyd Mayweather Jr. and undefeated 28-0 kickboxer Tenshin Nasukawa. The latter’s corner threw in the towel after he was dropped three times in the first round. Although meaningless on their records, Mayweather has not recorded a first-round knockout since his seventh career bout against Tony Duran in 1997; Nasukawa had never been finished or beaten as a professional.