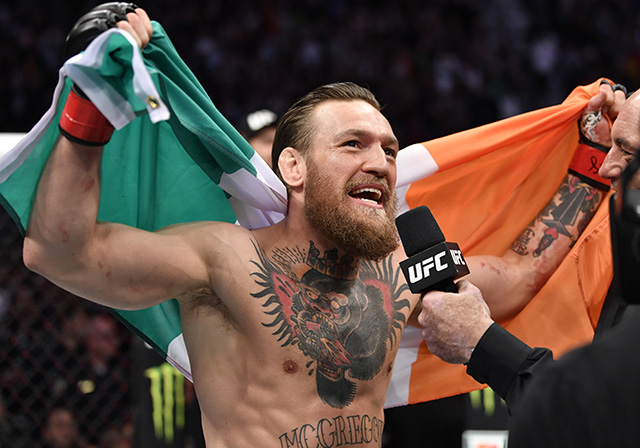 The wheels on the Ultimate Fighting Championship machine keep on grinding as the calendar flips to 2021, global health crisis be damned.

There was no shortage of memorable battles inside the Octagon over the previous 12 months. Weili Zhang-Joanna Jedrzejczyk, Deiveson Figueiredo-Brandon Moreno, Dan Hooker-Paul Felder and Vicente Luque-Niko Price all warranted “Fight of the Year” consideration during an unprecedented campaign that saw the promotion overcome a two-month shutdown and various other challenges—empty arenas chief among them—related to the COVID-19 pandemic.

UFC matchmakers once again have their hands full as their attention shifts to another year of uncertainty. What matches should be in the pipeline between now and Dec. 31? Some ideas:

Stipe Miocic vs. Jon Jones: Miocic reclaimed the heavyweight crown with his fourth-round technical knockout of Daniel Cormier in 2019 and then retained it with a five-round unanimous decision over “DC” at UFC 252 on Aug. 15, completing their trilogy with a 2-1 advantage. At 38, the Strong Style Fight Team standout’s days at the top are likely numbered, and while fights with traditional heavyweights like Curtis Blaydes and Francis Ngannou are readily available, they pale in scope and box-office appeal when compared to Jones. The former 205-pound champion has yet to compete at heavyweight, but when he does, the pound-for-pound ace will do so on a four-fight winning streak.

Alexander Volkanovski vs. Brian Ortega: The once-beaten Volkanovski has put Max Holloway in his rearview mirror for the time being, having cemented himself as the world’s premier featherweight by besting the Hawaiian in back-to-back appearances. On a run of 19 consecutive victories, the 5-foot-6 Australian powerhouse has a number of potential suitors nipping at his heels, including Zabit Magomedsharipov and Yair Rodriguez. However, Ortega appears to have the clearest path to a title shot after his unanimous decision over Chan Sung Jung in the UFC Fight Night 180 main event on Oct. 17.

Cody Garbrandt vs. Petr Yan-Aljamain Sterling winner: Garbrandt at first glance may not appear to be an ideal choice—he recently endured a three-fight losing streak that had him on the brink of irrelevance—as a No. 1 contender at 135 pounds, but stylistically, the former bantamweight champion could prove to be a difficult hurdle for either Yan or Sterling to clear. Lightning-quick hands and devastating kill-switch power are his calling cards, and he showed signs of tactical growth against Raphael Assuncao at UFC 250 in June. There, he took a more measured approach before wiping out the Brazilian with a sweeping right hook at the end of the second round. Yan will defend the undisputed bantamweight belt against Sterling at UFC 259 on March 6.

Justin Gaethje vs. Michael Chandler: On the rebound for the first time in more than two years, Gaethje failed in his bid to dethrone lightweight champion Khabib Nurmagomedov in the UFC 254 headliner in October. Even so, he remains a key piece of the Ultimate Fighting Championship’s puzzle at 155 pounds, especially with Nurmagomedov having announced his retirement. A former World Series of Fighting titleholder, Gaethje entered his ill-fated encounter with Nurmagomedov on the strength of four straight finishes against James Vick, Edson Barboza, Donald Cerrone and Tony Ferguson. Chandler will make his long-awaited promotional debut at UFC 257 on Jan. 23, when the three-time Bellator MMA champion takes on Dan Hooker.

Leon Edwards vs. Stephen Thompson: Thought to be in a downward slide after a 1-3-1 stretch that culminated with his devastating loss to Anthony Pettis, Thompson has instead righted himself and proven he has at least a few more bullets left to fire. The Simpsonville, South Carolina, native overwhelmed Geoff Neal with pace, variety and movement in the UFC Fight Night 183 main event in December, handing the Fortis MMA representative his first defeat since Jan. 28, 2017. Moreover, he fought through considerable adversity, including an inadvertent clash of heads that resulted in serious cuts to both men in the first round and a leg injury suffered in the waning seconds of the fourth. On an eight-fight tear that covers more than six years, Edwards warrants someone with a much higher profile than Khamzat Chimaev—the promising but unproven prospect to whom he has been tied for months.

Weili Zhang vs. Rose Namajunas: Namajunas made her first appearance in more than a year and avenged her May 2019 knockout defeat to Jessica Andrade with a split decision in a wildly entertaining women’s strawweight showcase at UFC 251 on July 11. All three cageside judges scored it 29-28: Mark Collett for Andrade, Anders Ohlsson and Vito Paolillo for “Thug Rose.” Namajunas spent the first two rounds peppering the Brazilian powerhouse with crisp punching combinations and lightning-quick jabs, her efforts revolving around stellar head movement, sharp footwork and superior speed. Andrade found another gear in Round 3, where she smashed the Trevor Wittman protégé’s nose with right uppercuts, damaged her left eye with clubbing right hooks and executed a takedown. The bloodied Namajunas kept her composure under substantial duress, withstood the Parana Vale Tudo cornerstone’s advances and chewed up the remaining time on the clock. Zhang retained her undisputed women’s strawweight championship with a five-round split verdict over Joanna Jedrzejczyk at UFC 248 on March 7.

Valentina Shevchenko vs. Jessica Andrade: No one was surprised when Andrade made a sudden impact in the women’s flyweight division. The 5-foot-1 Brazilian powerhouse debuted at 125 pounds with a first-round technical knockout of Katlyn Chookagian in the UFC Fight Night 180 co-main event in October, as she buried the Mark Henry disciple with a pair of right hooks to the body. Chookagian succumbed to punches and pain 4:55 into Round 1. A former champion at 115 pounds and the first woman to post wins in three UFC weight classes, Andrade has already shifted her attention to a title shot. Shevchenko kept her stranglehold on the flyweight championship on Nov. 21, as she laid claim to a five-round unanimous decision against Jennifer Maia at UFC 255. “Bullet” owns a 9-2 record in the UFC, having lost only to the incomparable Amanda Nunes.

Charles Oliveira vs. Dustin Poirier-Conor McGregor winner: The MMA world has witnessed a true metamorphosis with Oliveira. Viewed by many as a failed prospect after he lost four times in six appearances between Aug. 23, 2015 and Dec. 2, 2017, the Brazilian instead rebounded with eight consecutive victories and surfaced as an unlikely but legitimate title contender at 155 pounds. “Do Bronx” authored the latest and most compelling chapter of his comeback story at UFC 256, where he thoroughly outclassed Tony Ferguson to a unanimous decision in the co-main event in December. All three judges scored it 30-26 for Oliveira, who outlanded Ferguson by an 86-26 margin, converted all three of his takedowns and attempted three submissions, including a first-round armbar that resulted in a near-finish. Poirier and McGregor will lock horns in a UFC 257 rematch on Jan. 23.

Colby Covington vs. Jorge Masvidal: Covington minimized risk and maximized results, as he took care of onetime Ultimate Fighting Championship welterweight titleholder Tyron Woodley in the UFC Fight Night 178 headliner in September. Thoroughly outclassed for 20-plus minutes, Woodley yielded to an apparent rib injury 1:19 into the fifth round. Pressure and output powered Covington’s engines. Where Covington goes from here depends largely on the motivations of UFC matchmakers. Past tendencies have them leading toward a potential blockbuster with a former American Top Team stablemate in Masvidal. “Gamebred” has not fought since he lost a unanimous decision to reigning welterweight champion Kamaru Usman on short notice at UFC 251 on July 11.

Bryce Mitchell vs. Ryan Hall: Mitchell continued his unexpected climb on the featherweight ladder on Oct. 31, as he improved to 14-0 with a unanimous decision over Andre Fili at UFC Fight Night 181. Fili made the Arkansas native work for every inch of ground he gained. Mitchell executed takedowns in all three rounds, achieved full mount on multiple occasions and threatened with a few submissions, all while incorporating rough-around-the-edges but effective standup. The Brazilian jiu-jitsu black belt struck for multiple takedowns in the third round, dulled Fili’s advances and took the final steps toward his most significant victory to date. Hall has not appeared since he was awarded a unanimous verdict over Darren Elkins at UFC Fight Night 155 in July 2019.