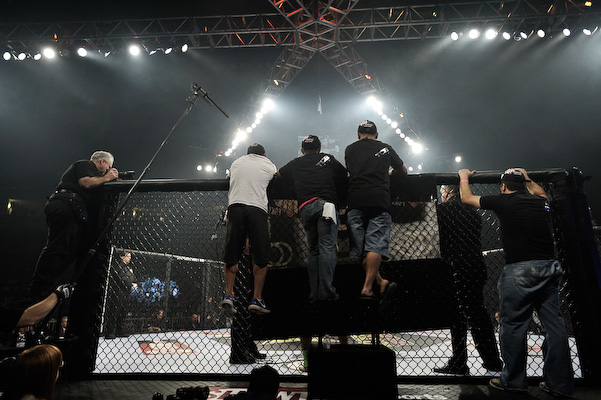 Coaching is a relatively new and under-discussed topic in mixed martial arts. While commentators will give trainers their due during the brief snippets of time available to discuss such things, it is rare to see coaches receive the kind of attention that other sports routinely offer to successful -- or unsuccessful -- coaching staffs.

Teams in MMA have historically been ephemeral and short-lived, which likely accounts for this lack of emphasis. Coaching is, however, an extremely important component of a fighter’s chances at success: No other variable, for example, is more closely correlated with the future achievements of a young prospect than his or her training situation.

The Sherdog staff evaluated coaches according to a variety of different criteria in order to vote on this Top 10 list in a consistent and educated fashion. First, while this list focuses on the coaches who are performing best at the present moment, historical perspective adds both flavor and context. Second, we considered an array of distinct skills associated with coaching: organization, the ability to teach technical fundamentals, a track record of developing young fighters, game planning and actual in-corner work. Finally, the focus here is less on individual coaches than team structures, with the named coaches serving as stand-ins for the entire staff of the gyms with which they are affiliated:

Number 10 » In many ways, he was ahead of his time, and his continued growth and evolution as a coach and the success of his pupils demonstrates just how far ahead of the curve he remains.
« Previous Next »