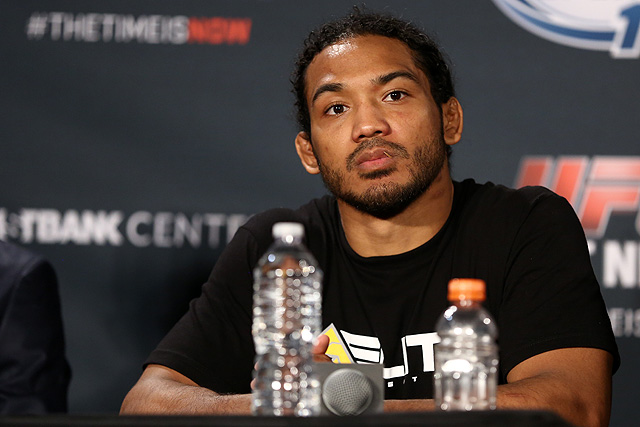 Following his main-event victory against Jorge Masvidal at Nov. 28’s UFC Fight Night in South Korea, Benson Henderson has been removed from the Sherdog.com divisional rankings.

Yes, Henderson’s latest win comes at a transitional moment in the former 155-pound world champion’s career. Having hit a dead end in his quest to reclaim the UFC lightweight belt -- and having already succeeded at welterweight in a short-notice February bout with Brandon Thatch -- “Smooth” seems prepared to roll on as a 170-pounder.

With back-to-back fights in his new division, Henderson has become ineligible for the lightweight top 10, a list he has occupied since his time in World Extreme Cagefighting. However, wins over unranked Thatch and Masvidal -- another upsized 155er -- also fail to qualify for a spot in the deep welterweight top 10, leaving Henderson without a home for the moment.

The exit of former No. 4 Henderson moves lightweights ranked five through 10 up one spot, while the vacant bottom rank allows for the return of Edson Barboza. Taking Barboza’s place on the list of 155-pound contenders is Adriano Martins.

In other activity: Mamed Khalidov re-enters the middleweight top 10 after claiming his 11th straight win with a knockout of Michal Materla at KSW 33, knocking Derek Brunson from the list; Dong Hyun Kim notched a decisive stoppage of late replacement Dominic Waters in Seoul, keeping the “Stun Gun” on the list of welterweight contenders; and Poland’s Karol Bedorf makes his first appearance on the heavyweight contenders list, replacing Frank Mir.