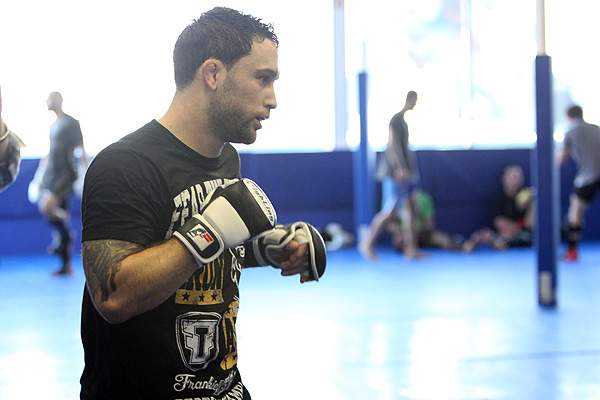 Edgar staked his claim for the next Ultimate Fighting Championship featherweight title shot by defeating former 145-pound ace Urijah Faber in the May 16 main event of UFC Fight Night in Manila. While the New Jersey native’s victory was not a complete wipeout, it was a shutout, as Frankie outworked Faber for five rounds to earn scores of 50-45 on all three judges’ cards.

The timing could hardly be better for Edgar to rise as the next 145-pound contender, with champion Jose Aldo’s defense against Conor McGregor at UFC 189 less than two months away. For now, “The Answer” maintains his No. 3 spot at 145 pounds, behind only Aldo and two-time challenger Chad Mendes.

The card’s 185-pound co-main event featured Gegard Mousasi cruising to a three-round unanimous decision win over Costas Philippou. Mousasi passes the inactive Tim Kennedy in this edition of the middleweight top 10, moving up to No. 8.

Surging welterweight Neil Magny makes his first appearance on the list of 170-pound contenders thanks to his seventh consecutive win. Magny survived an early knockdown to punch out Hyun Gyu Lim in the second round of their May 16 encounter.

In other action, Yuki Motoya picked up an easy submission win against overmatched South Korean youngster Jong Heon Chae at Deep “72 Impact,” running Motoya’s winning streak to six straight and maintaining his spot on the list of 125-pound contenders.