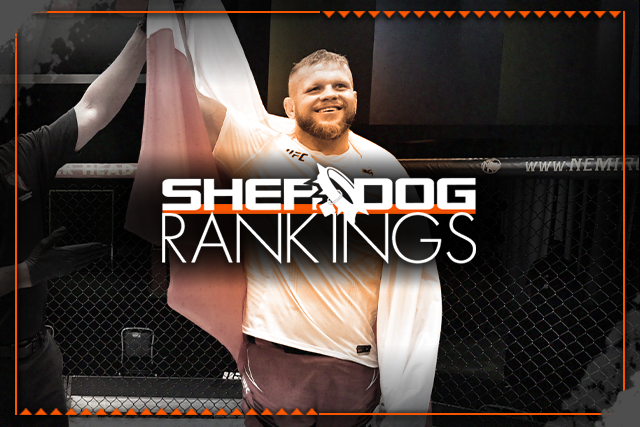 
As recently as September 2019, Marcin Tybura appeared to be on his last legs in the Ultimate Fighting Championship.

On the heels of a 59-second knockout defeat to Augusto Sakai at UFC Fight Night 158, Tybura had lost four of his last five promotional appearances. The former M-1 Global champion certainly didn’t appear to be a threat to the UFC heavyweight division, and he might have been on the verge of losing his job.

Fast forward to the present day, and the 35-year-old Pole known as “Tybur” has quietly compiled a five-bout winning streak in the Octagon. His most recent triumph, a first-round TKO of Walt Harris at UFC Fight Night 189 on Saturday, allows him to enter Sherdog.com’s heavyweight rankings at No. 11. Harris, previously ranked No. 13, falls out of the divisional poll entirely.

Elsewhere, Jairzinho Rozenstruik’s last-second first-round KO of Sakai in the UFC Fight Night 189 headliner allows “Bigi Boy” to maintain his No. 8 ranking and sets him up for another significant matchup down the road.