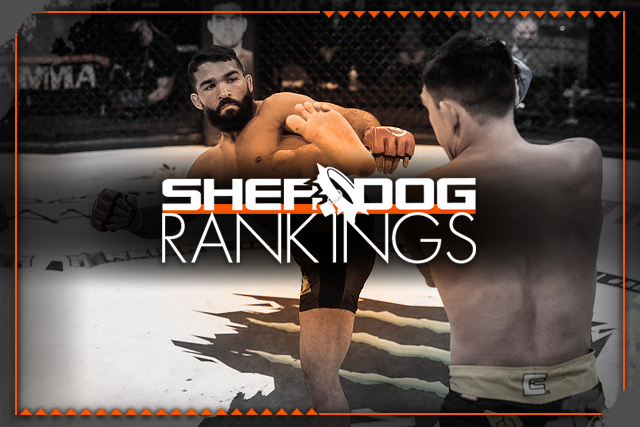 
The stage has been set for one of Bellator MMA’s most anticipated bouts in recent memory.

By submitting Emmanuel Sanchez in the main event of Bellator 255 on Friday night, Patricio Freire not only retained his 145-pound belt, but he advanced to the finals of the promotion’s featherweight grand prix for a future date with the undefeated A.J. McKee. Few would disagree that it’s one of the best possible matchups Bellator MMA can make, though in this case it came about by way of two talented athletes making their way through a perilous bracket.

As we wait for the date of that fight, it’s past time to offer some well-deserved appreciation for Freire’s featherweight resume. With his win over Sanchez — who was a borderline Top 15 talent himself — the younger “Pitbull” brother extended his winning streak to seven within the California-based promotion. Six of those have come at 145 pounds, and most have not been especially competitive. As a result, Freire climbs from seventh to fourth in Sherdog.com's latest featherweight rankings. The men he surpasses — Zabit Magomedsharipov, Chan Sung Jung and Yair Rodriguez — have either been inactive of late or have more recent losses on their records.