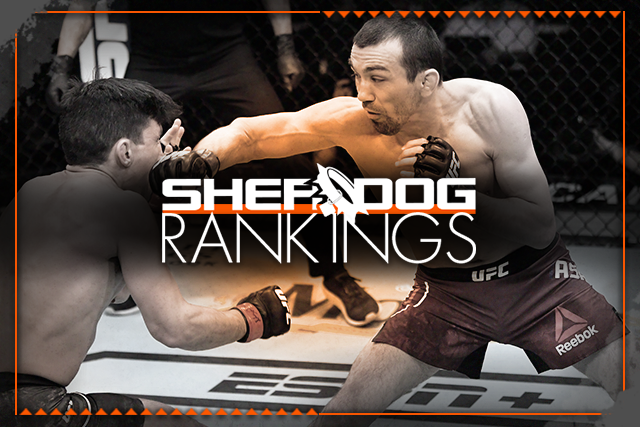 While the three title fights atop the UFC 259 bill commanded most of the attention on Saturday, Askar Askarov made some serious headway at 125 pounds by routing perennial No. 1 contender Joseph Benavidez at the UFC Apex in Las Vegas. As a result, Askarov climbs from No. 5 to No. 3, where he will eagerly await the result of the Deiveson Figueiredo-Brandon Moreno rematch that’s scheduled for UFC 263 in June. In defeat, Benavidez falls from second to fourth and could be locked into a gatekeeper role for the foreseeable future.

Elsewhere, Kai Kara France heads back to the flyweight Top 10 after rallying for a scintillating first-round KO of previous No. 9 Rogerio Bontorin in a preliminary UFC 259 matchup. Adding to the upheaval in the flyweight division is the exit of former No. 3 Sergio Pettis, whose eligibility expires this month. Pettis will be gunning for Bellator MMA bantamweight gold in May, so his days as a 125-pound contender are long in the rearview mirror. Finally, Absolute Championship Akhmat title holder Azamat Kerefov joins the flyweight bubble at 15th on the strength of a six-bout tear at 125 pounds.