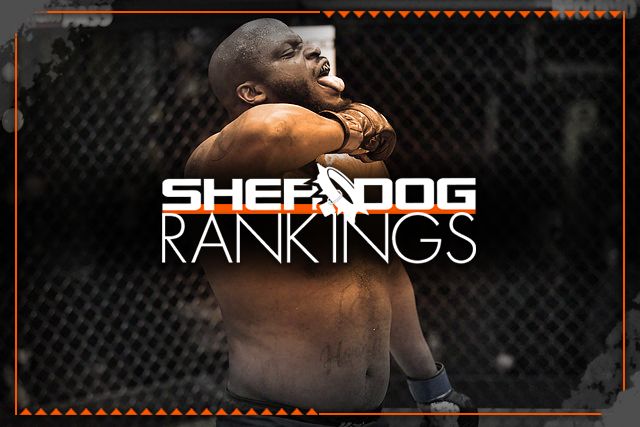 
No matter who the opponent might be, Derrick Lewis always has a formidable equalizer in his back pocket.

“The Black Beast” showcased his formidable power at UFC Fight Night 185, as he wiped out surging contender Curtis Blaydes with an uppercut and follow-up ground strikes 1:26 into Round 2 of their headlining encounter at the UFC Apex in Las Vegas on Saturday night. Lewis earned his fourth consecutive victory by making Blaydes pay for attempting to wrestle and reminded the rest of the division that his knockout power gives him a fighting chance in virtually any bout. Now tied with Vitor Belfort for the most KOs in promotion history, Lewis climbs from No. 6 to No. 3 in Sherdog.com’s latest heavyweight rankings. Lewis might not be especially interested in another title shot, but his latest performance nonetheless has him knocking on the door. In defeat, Blaydes falls from fourth to sixth.

Elsewhere, Yana Kunitskaya held on to her seventh ranking in the women’s bantamweight division by edging No. 8 Ketlen Vieira via unanimous decision in the UFC Fight Night 185 co-main event. Thanks to a strong push in the third round, the former Invicta FC champion won for the fourth time in five outings at 135 pounds and will likely be matched up with another contender in her next appearance.