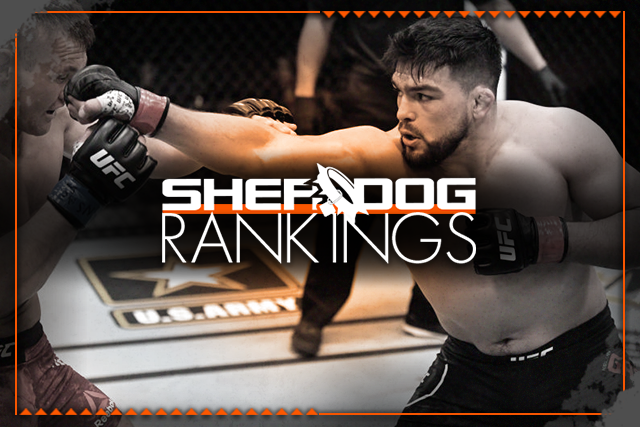 
Kelvin Gastelum found himself in a must-win situation on Saturday night, and he responded appropriately.

Gastelum’s unanimous decision triumph over Ian Heinisch at UFC 258 wasn’t the type of performance that will propel “The Ultimate Fighter 17” winner to the top of the division, but it did allow him to remain relevant by snapping a three-bout losing streak. Had Gastelum lost, he might have tumbled out of the middleweight rankings altogether. Instead, he keeps a tenuous hold on the 11th spot in Sherdog.com's latest update. It wasn’t that long ago, however, that Gastelum was challenging for an interim title at 185 pounds, so the potential for more still exists.

In the welterweight division, reigning champ Kamaru Usman maintained the status quo with a third-round TKO of former training partner Gilbert Burns in the UFC 258 headliner. Usman is a clear No. 1 at 170 pounds with no end to his reign in sight. There's just something about that division that seems to breed dominant champions.