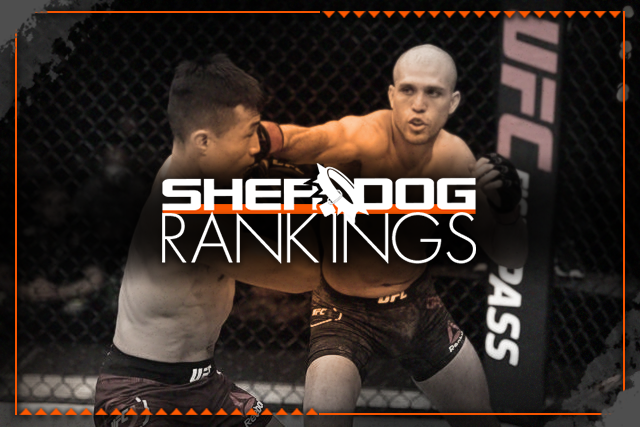 
Brian Ortega is back with a vengeance.

Sidelined for nearly two years following a lopsided loss to Max Holloway in a championship bout at UFC 231, a new-and-improved Ortega shut out fellow featherweight contender Chan Sung Jung over five rounds in the UFC Fight Night 180 headliner on Saturday at the Flash Forum in Abu Dhabi. As a result, “T-City” returns to Sherdog.com's 145-pound rankings at No. 3 and sets himself up for another title shot — this time against Aussie champ Alexander Volkanovski.

Meanwhile, Jessica Andrade immediately established herself as a person of interest at 125 pounds with a first-round stoppage of Katlyn Chookagian in the UFC Fight Night 180 co-main event. The first women in UFC history to win fights in three different weight classes, Andrade joins the flyweight poll at No. 5 and could be an interesting opponent for Valentina Shevchenko — provided the reigning champ gets past Jennifer Maia at UFC 255 — in the future.