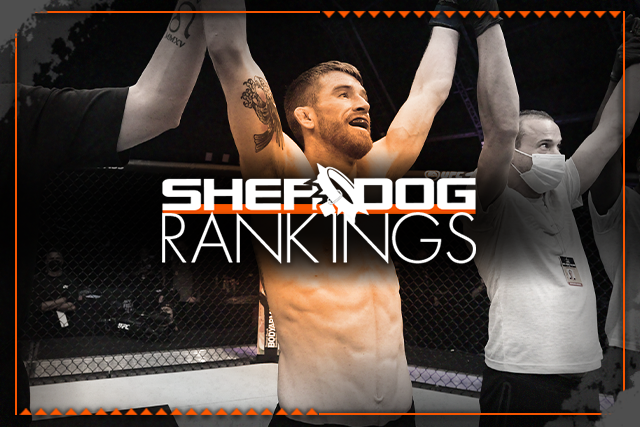 
Cory Sandhagen is still a serious contender in the UFC’s bantamweight division, and now he has the accompanying highlight to prove it.

The Elevation Fight Team product used a spinning wheel kick to vanquish Marlon Moraes in the UFC Fight Night 179 headliner in Abu Dhabi on Saturday, putting himself on the cusp of title contention at 135 pounds. Sandhagen is still likely behind Aljamain Sterling — the only man to defeat him in UFC competition — as the next challenger for Petr Yan, but his latest triumph does allow him to surpass the reigning champ in Sherdog.com's updated bantamweight rankings.

Elsewhere, Timothy Johnson enters the heavyweight poll at No. 11 following a split-decision triumph over Cheick Kongo at Bellator Paris. Johnson’s third straight triumph in the California-based promotion could also earn him a shot at Bellator heavyweight king Ryan Bader down the road.