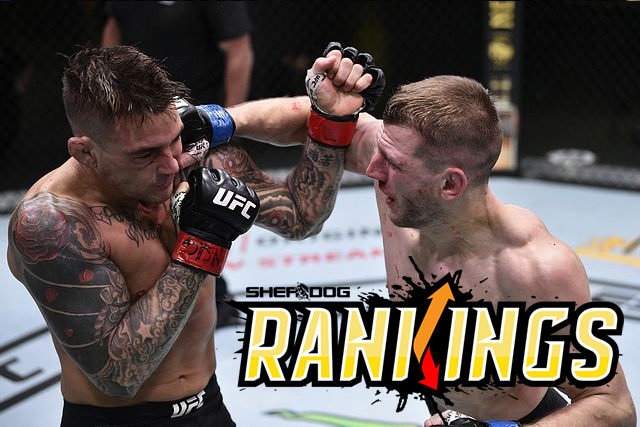 Dan Hooker had designs on challenging for the UFC lightweight title. Dustin Poirier had other ideas.

“The Diamond” showcased his championship mettle in the UFC on ESPN 12 main event, weathering early adversity to capture a unanimous decision triumph over Hooker in a matchup that deserves strong consideration for 2020 “Fight of the Year.” As far as Sherdog.com's lightweight rankings are concerned, Poirier remains stuck at No. 2 behind the last man to defeat him, reigning 155-pound king Khabib Nurmagomedov. If Justin Gaethje beats the Dagestani this fall, however, things could get interesting quickly for Poirier.

Hooker, meanwhile, probably raised his profile in defeat, and he remains entrenched at the No. 9 spot in our latest poll after kicking off his 2020 campaign with a pair of brutal five-round battles against Poirier and Paul Felder.