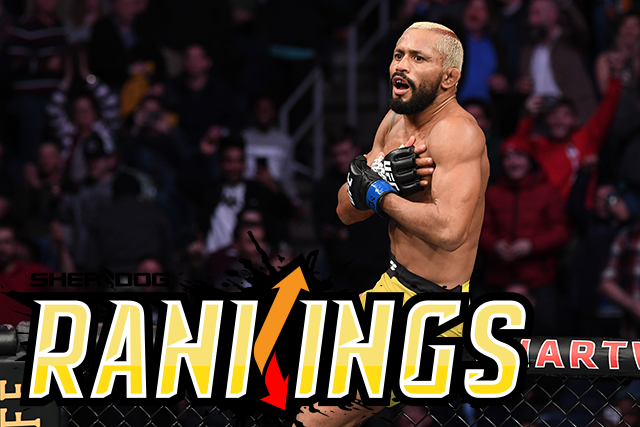 It was a wholly unsatisfying night for the Ultimate Fighting Championship’s flyweight division.

Deiveson Figueiredo’s second-round technical knockout victory over Joseph Benavidez in the UFC Fight Night 169 headliner on Saturday in Norfolk, Virginia, left the entire division in limbo due to the Brazilian missing weight one day prior. As a result, Figueiredo was ineligible to claim the vacant 125-pound belt. The man who was, Benavidez, found himself playing the role of bridesmaid for a third time in a UFC title tilt.

The Sherdog.com rankings at 125 pounds could prove to be similarly unsatisfying. Despite the impressive nature of the win, Figueiredo was not technically competing at flyweight, so he gains no ground from his previous No. 4 ranking in our flyweight poll. The same goes for Benavidez, who remains No. 1 at 125 pounds and is not penalized for losing to an opponent who was unable to hit his contracted mark.

Elsewhere, ranked female featherweights Felicia Spencer and Megan Anderson both earned first-round finishes against relatively unheralded opponents on the UFC Norfolk main card. Spencer, thanks in part to a previous victory over Anderson improving her overall strength of schedule, climbs from fifth to fourth in the latest 145-pound poll. Anderson, meanwhile, stays put at sixth. Either one could become the next offering to Amanda Nunes in a featherweight title bout in a few months’ time.