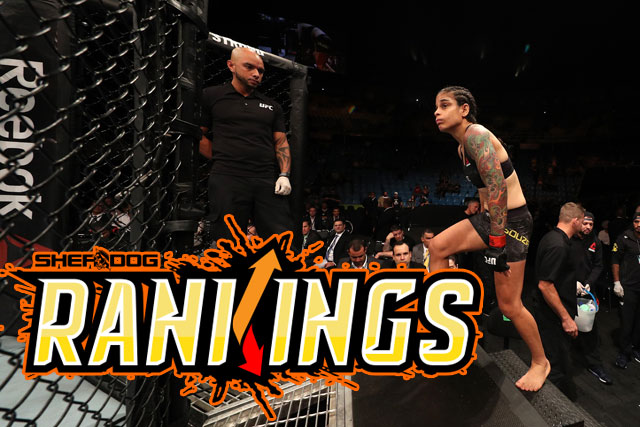 It took a little longer than expected for her Ultimate Fighting Championship debut to come to fruition, but Livia Renata Souza did not disappoint upon stepping into the Octagon for the first time.

The former Invicta Fighting Championships titlist made short work of Alex Chambers at UFC Fight Night 137, blitzing her foe with aggressive punches before landing a takedown, moving to mount and securing the victory with a guillotine choke. That performance was good enough for the Brazilian to hold strong at No. 9 in a crowded strawweight division, and those above her in the rankings would do well to take notice.