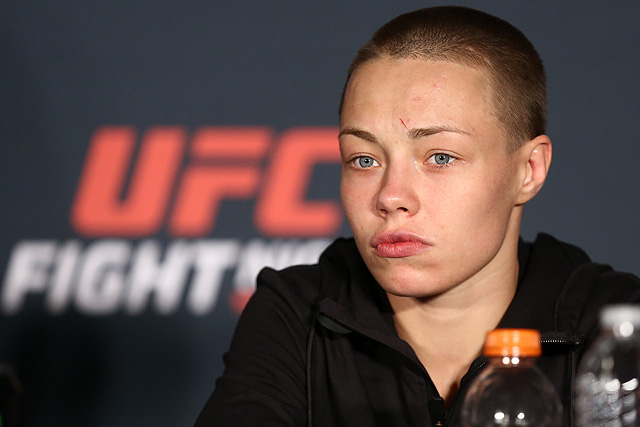 Who says that there's no talent coming off of “The Ultimate Fighter” reality series?

The UFC in Tampa, Florida, on April 16 saw Glover Teixeira clobber Rashad Evans in the first round in a battle of perennial light heavyweight contenders. That knockout loss seems to signal the end or near-end of Evans, the heavyweight winner of “The Ultimate Fighter” Season 2, inside the Octagon. While UFC on Fox 19 may have ushered the former 205-pound champion towards retirement, it also helped put a few newer “Ultimate Fighter” talents on the map.

Rose Namajunas fell short in the final of “The Ultimate Fighter 20” to Carla Esparza with the vacant UFC women's strawweight title on the line, but now, “Thug Rose” has risen to No. 6 in the 115-pound rankings and may have earned a second crack at the gold courtesy of a unanimous decision win over Tecia Torres, previously unbeaten as a pro. Meanwhile, Raquel Pennington could not win her division on Season 18, but now the Colorado-based scrapper makes her first top-10 appearance at 135 pounds, courtesy of her split decision win over former UFC title challenger Bethe Correia.

Al Iaquinta has exited the Sherdog.com rankings because of a year's inactivity due to his recovering from knee surgery. The man who beat him in the “The Ultimate Fighter 15” lightweight final, Michael Chiesa, now has a spot in these rankings. The Spokane, Washington, native took divisional standout Beneil Dariush's back in the second round and hit his trademark rear-naked choke -- a huge finish in MMA's deepest, most talented division. As a result, Chiesa makes his Sherdog.com rankings debut at No. 8.

For as sensational as Chiesa's breakout win was, he is not the 155-pound addition about which folks are most excited.

It was a far cry from his slated bout with No. 5-ranked Tony Ferguson, but after a spate of injuries kept him from fighting for two years, Khabib Nurmagomedov returned against little-known late replacement Darrell Horcher and dominated en route to a second-round TKO stoppage. “The Eagle” is now eligible to be ranked once more, and better still, he's eligible to potentially rematch UFC lightweight champion Rafael dos Anjos in the near future after dominating RDA for 15 minutes when they met back in April 2014.