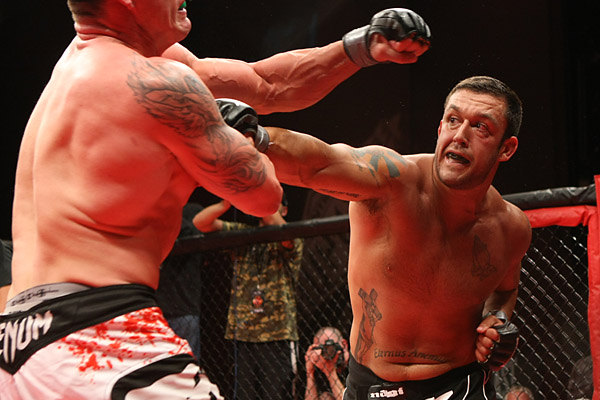 Tom DeBlass will make his middleweight debut Nov. 10 against Riki Fukuda at UFC on Fuel TV 6.

Sherdog.com confirmed Wednesday that both fighters have verbally agreed to the bout, which was first reported by TheScore.com. The event’s main card, which airs live on Fuel TV from CotaiArena in Cotai, Macau, will showcase a headlining middleweight confrontation between Cung Le and Rich Franklin.

A former Ring of Combat champion, DeBlass, 30, suffered the first loss of his pro career in his April Octagon. Stepping in on less than two weeks’ notice for an injured Jorgen Kruth, DeBlass dropped a majority decision to lanky light heavyweight Cyrille Diabate at UFC on Fuel TV 2. The New Jersey native was expected to return to the cage July 11 to face Nick Penner but saw that booking scrapped after Penner withdrew due to injury.

Fukuda vacated his Deep middleweight championship to make his UFC debut last year, falling in a curious unanimous verdict to Nick Ring at UFC 127. The 31-year-old rebounded by out-striking former WEC light heavyweight champion Steve Cantwell one year later at UFC 144 but could not do the same in his most recent outing against heavy-handed Cyprus native Constantinos Philippou, who took a unanimous nod over Fukuda on July 7 at UFC 148.