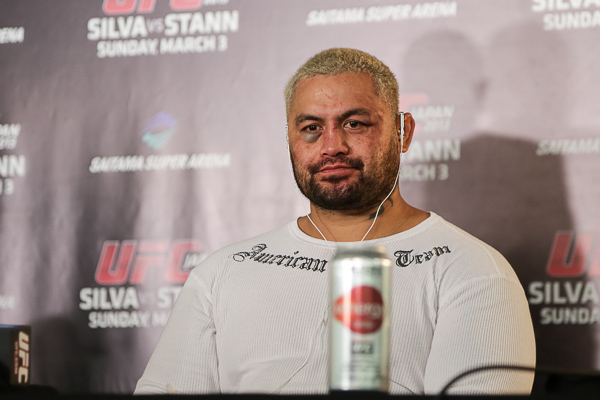 It seems Mark Hunt is not yet out of the woods.

The hard-hitting heavyweight recently announced that he could end up back in the hospital due to a lingering staph infection which he contracted during his UFC 160 loss to Junior dos Santos.

“Well troops, just wanted [you] guys to know the skin [graft] didn’t survive, and I think I will be back in hospital next week,” Hunt wrote on Facebook. “It’s a bummer, really, because the Hill Song Conference is starting next Tuesday. I hope I don’t have to go [to the] hospital, but we will see. I see [a] plastic surgeon Tuesday. Didn’t realize how bad this is, man. Anyway, troops, [I] will keep [you] guys informed.”

Hunt initially tweeted a video of his staph infection roughly two weeks ago. The clip contained graphic images of the damage done to his left leg, the result of an infected hematoma. Hunt also sustained a broken big toe on his right foot during his loss to dos Santos, which took place May 25 at MGM Grand Garden Arena in Las Vegas.

The defeat snapped a four-fight winning streak for “The Super Samoan,” who posted victories over Chris Tuchscherer, Ben Rothwell, Cheick Kongo and Stefan Struve after losing six straight fights from July 2006 to September 2010. The 39-year-old New Zealander owns six of his nine career wins via knockout and has gone the distance just three times in 17 pro outings.