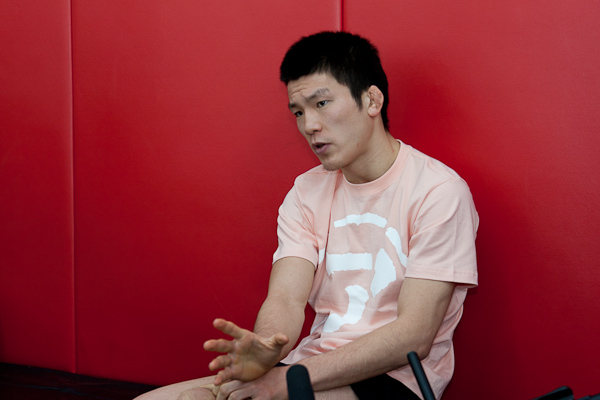 Aoki and McKee were previously expected to square off at Dream “Fight for Japan” back in May, but that booking was eventually scrapped. Instead, Aoki faced Rich Clementi at the event, submitting the UFC veteran with a second-round neck crank. Though “Tobikan Judan” would kick off 2012 with a knockout loss to former Bellator champion Eddie Alvarez, Aoki rebounded with a win in his most recent outing, forcing French talent Arnaud Lepont to take a nap courtesy of a vise-like triangle choke at One FC 6.

McKee, meanwhile, has not competed since this past March, undergoing knee surgery to repair a torn meniscus after picking up a win under California’s Extreme Fighters World Championships banner. Known for his wrestling and judo skills, McKee has lost just once in the last nine years, falling via split decision to Jacob Volkmann last year at UFC 125.