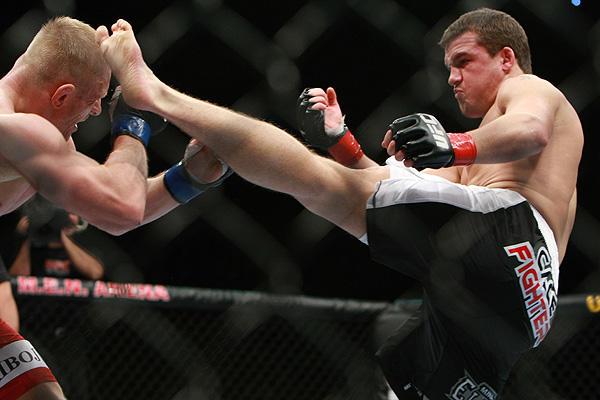 Former UFC competitor Paul Kelly has been convicted on heroin trafficking charges in his home country of England, according to a report from the Liverpool Echo.

The 28-year-old mixed martial artist was reportedly found guilty in a unanimous verdict after a four-day trial. Prosecutors alleged that Kelly and a friend, Christopher St. John McGirr, had used couriers to move the drugs so they would not “get their hands dirty.” One of those couriers, who was reportedly a school friend of Kelly’s, was also found guilty during the trial. McGirr, meanwhile, admitted conspiracy to supply class A drugs last year, according to the report.

Kelly joined the UFC in 2008 and competed nine times for the Las Vegas-based organization, posting a promotional record of 5-4 over the course of three years. The Brit earned victories over the likes of Matt Veach and T.J. O’Brien during his time in the Octagon but was released by the UFC more than two years ago following a loss to Donald Cerrone. Kelly went 2-1 after receiving his UFC walking papers, rebounding from a loss to Ryan Healy by posting wins on English soil in December and March.

According to the report, Kelly was taken into custody following the verdict and will face sentencing next month.