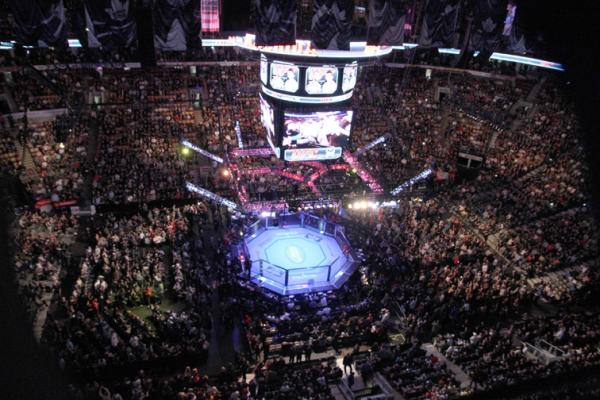 One of the most intriguing topics in the mixed martial arts community these days is the possible location for UFC 249.

UFC president Dana White has stated that he has a venue “99.9 percent confirmed” for the April 18 event, but he isn’t showing his hand just yet. As a result, online oddsmaker BetOnline has released odds on the potential hosts for UFC 249. The ongoing coronavirus pandemic has made finding a suitable venue challenging with government restrictions, limitations on gatherings and various closures.

Currently, Florida is the leader with 2-to-1 odds (+200) to host UFC 249. MMAFighting.com reporter Steven Marrocco recently reported that the promotion has been in talks to hold the event in the Sunshine State with Orlando, Tampa and Jacksonville as potential destinations. Regional organization Combat Night held a fight card in Jacksonville on March 21.

Next in line as a potential landing spot is the United Arab Emirates, which has been given 7-to-2 odds (+350) to host UFC 249. Abu Dhabi, the site of UFC 242 this past September, would be the likely host city in this instance. Khabib Nurmagomedov’s father recently speculated that UFC 249 would end up taking place in Abu Dhabi.

Bettors can wager on more farfetched locations as well, including Area 51 (+8000) and North Korea (+10000). Regardless of the location, UFC 249 must take place in April for action. The card is headlined by a lightweight championship clash between Nurmagomedov and Tony Ferguson.