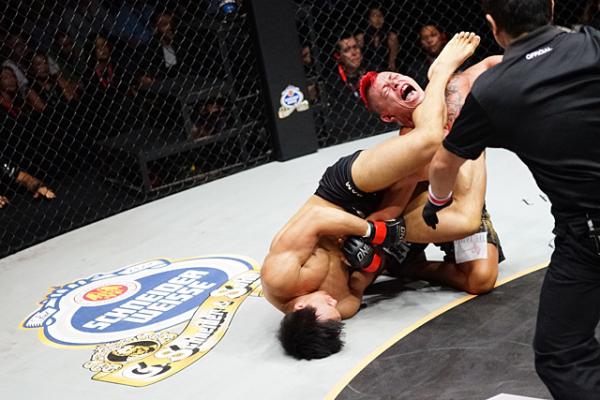 Two new fights have been added to the One Fighting Championship’s next show, as lightweights Eddie Ng and Peter Davis will square off in a lightweight co-headliner at One FC 11

Beaten just once in seven pro outings, Ng has yet to stumble since joining One FC nearly two years ago, rattling off a trio of stoppage victories within the Singapore-based promotion. “The Magician” posted two knockout victories to start his run in the organization, finishing Chunbo Yuan and Jian Kai Chee in 45 and 43 seconds, respectively. Most recently, the 27-year-old Hong Kong native picked up the third submission win of his career, finishing Arnaud Lepont with a second-round armbar this past April at One FC 8.

Davis, meanwhile, saw a five-fight winning streak shattered in his last outing, as he was stopped with ground-and-pound by Costa Rican jiu-jitsu practitioner Ariel Sexton on June 15 under the Malaysian Invasion MMA banner. Davis nevertheless owns a 3-0 record in One FC competition, picking up stoppage wins over Ngabdi Mulyadi, Kim Hock Quek and Leo Krishna.

Mizuno, 32, has lost back-to-back bouts and four of his last six. The Japanese talent made his One FC foray last year, submitting to a Renato Sobral armbar in just 31 seconds. Mizuno returned to action in October but once again stumbled, this time to Dutch veteran Jason Jones within the Glory World Series promotion.

Three years older than his opponent, Silva rides a seven-fight winning streak into his clash with Mizuno. The Portuguese talent has earned 39 victories over his 11 years of competition, picking up 21 submission wins along the way. Silva last competed on March 2 in Russia, knocking out Pavel Kusch in 4:28.