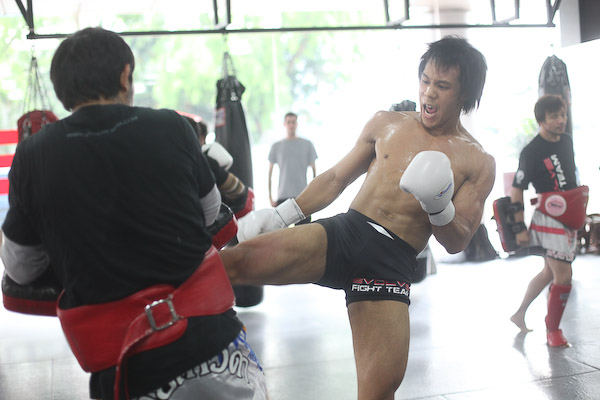 A lightweight showdown between Arnaud Lepont and Eddie Ng will take place at One FC 8 "Kings and Champions,"

One Fighting Championship officials recently announced the booking, which precedes the evening’s lightweight title headliner between reigning belt holder Kotetsu Boku and challenger Shinya Aoki. One FC 8 takes place April 5 at Singapore Indoor Stadium and airs live on Star Sports in Asia. Fans worldwide can watch the evening’s main card live for a charge of US$9.99 at www.onefc.livesport.tv. The evening’s free preliminary draw will stream immediately prior to the pay-per-view.

Lepont, 32, saw a six-fight winning streak snapped in his most recent in-cage appearance, as the Frenchman was dominated by Dream champion Shinya Aoki. “Tobikan Judan” wasted no time in dispatching Lepont at One FC 6 this past October, slapping on a triangle choke and putting “The Game” to sleep in just 85 seconds.

Ng, meanwhile, rides a three-fight surge heading into his showdown with Lepont. Representing Evolve MMA by way of Hong Kong, the once-beaten lightweight made his One FC debut in 2011, earning a 45-second knockout over Chunbo Yuan. Ng returned to the cage for One FC 3 this past March, stopping Jian Kai Chee in just 43 seconds at “War of the Lions.”