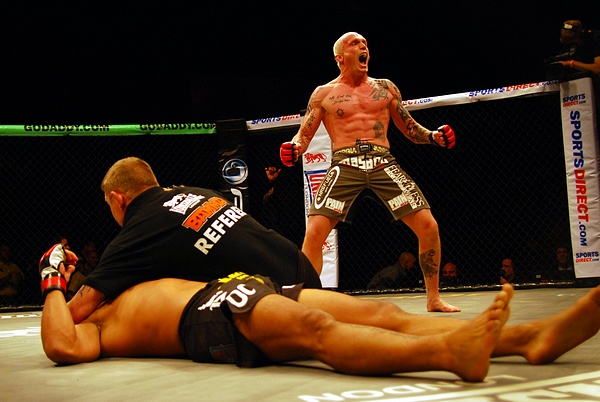 Jim Wallhead has a purpose heading into his Bellator Fighting Championships return.

The 28-year-old British veteran has entered the promotion's seventh-season welterweight draw not just for himself, but also for his family.

“My girlfriend's name is Joanna. She is not my wife yet, but she will be if I win this Bellator tournament. Winning it will give me the money to marry her and have a proper wedding. We have been together for eight years now,” Wallhead recently told Sherdog.com. “This money can completely change my family's life. I'm really looking forward to treating the missis and kids to a proper dream come true. That's certainly what I'm focusing on right now.”

While Wallhead may have grand plans for Season 7, his initial Bellator venture did not transpire the way the Brit envisioned, as “Judo” was bounced from the Season 4 bracket in the first round by eventual tournament winner Rick Hawn. Following that defeat in March 2011, Wallhead posted a pair of victories on home soil under the BAMMA banner and now returns stateside to face former 170-pound champion Lyman Good in the main event of Bellator 74.

“A hell of a lot is different from the ‘Judo’ Jim today and the ‘Judo’ Jim that fought for Bellator over a year ago. I'm mentally stronger and wiser, physically stronger and more efficient, and I have experimented to learn and evolve technically. I know who I am as a person today and where I want to go,” said Wallhead. “I feel like this tournament is what all my sacrifices and hard work have been leading to. I believe every sacrifice I have made for last seven years as a professional has led to this moment, right here and now.”

In Good, Wallhead faces one of the welterweight division’s most imposing physical specimens. A Tiger Schulmann disciple fighting out of New York City, Good has suffered just two defeats, losing his Bellator welterweight belt to Ben Askren in 2010 and then falling in the Season 4 tournament semis to Hawn. Good enters the cage coming off a lightning-quick knockout of LeVon Maynard at Bellator 65, a result rendered after only 13 seconds of cage time. Despite Good’s impressive resume, Wallhead says he will be ready for the “Cyborg” when they collide in Friday night’s headliner on MTV2.

“This fight could have easily been in the finals of this tournament, but this is how it worked out. In the tournament, you take what's given to you, and the best will prevail,” said Wallhead. “What makes Lyman Good unique is his conditioning and the general size and strength that he possesses. He is a tough fight for any welterweight in the world, period. I know I have my work cut out fighting him, but I'm relishing the challenge. Beating the former champ -- and in my opinion the toughest guy in the tourney -- would send a message directly to the other tournament fighters: I'm here to win it.”

Good’s physical tools may prove a difficult obstacle to hurdle, but at the end of the day, Wallhead believes he has what it takes to be the first man to stop the 27-year-old American. Against Good, Wallhead hopes to unleash the same power that put Joey Villasenor to sleep this past December at BAMMA 8.

“I believe I have the power to knock out anyone at welterweight,” said Wallhead. “I know I hit hard from experience. It's going to be hard to finish a fighter as tough and as skilled as Lyman, but I know if I see an opening, I can spark him, for sure.”

“I will give the fans a reason to remember me after this fight, win or lose. I'm going to perform and bring it from start to finish. My last fight in the United States was s--t, so this time I'm going to make it a point to go out there and show the real me,” said Wallhead. “I feel like this tournament is about to transform me from ‘one of the U.K.'s best-kept secrets’ to a household name across the globe. It's time for me to show everyone worldwide that I'm as good as I know I am.”