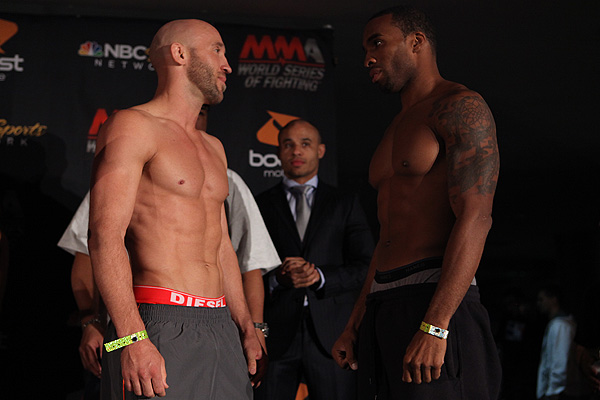 Josh Burkman has always had talent.

He just hasn’t always been focused, but after some recent changes in his life, the UFC veteran says he’s rededicated himself to MMA. Ahead of his World Series of Fighting matchup Saturday against Gerald Harris, he joined the Sherdog Radio Network’s “Beatdown” show to discuss his progress, his opponent and more. The fight will air live and free on Sherdog.com at 8 p.m. ET/5 p.m. PT.

On being motivated again: “I think that I found my passion for fighting again, for martial arts again. When I first started fighting, I loved to fight. I didn’t really love to train, but I loved the fights. When I got into the UFC, I had to start to train more because the fights were getting tougher. I needed to be in better shape. I loved the art and everything, but I think towards the end of [his stint in the UFC], I just kind of started to get burned out. I think it was probably the way I was living my lifestyle and that I was injured. It wasn’t as fun. It was hard to keep going because my body didn’t feel good.”

On the influence his family has had on him: “I think that’s a difference in where I’m at now than where I was before, is I’m married and I have a little boy now. Now it’s not just about going out and fighting. I need to set things up and make sure that my family’s taken care of. That makes me a lot better at what I do. My purpose is stronger.”

On how he would describe his career if he had to retire now: “I would look back at it and I would say it was up and down, but I had a great career. But I think I would have missed my potential. I wouldn’t have shown my true potential because just right now in my career, I’m starting to understand what it is to be a true martial artist and a true professional. Earlier in my career, I was a fighter and I would train for fights. I would take six weeks or whatever to get ready and train and fight, but after my fights my balance would be the exact opposite. I wouldn’t go into the gym. I wasn’t training. I’d get back up to 200 pounds and then all of a sudden another fight would come, and I’d have to train and get ready for that fight. I did that for a lot of years until probably just until I’ve come back from my injury. Now I want to get better all the time. I’m not just training for fights. I want to become the best martial artist I can be. I feel that if I was to quit fighting now, then I would miss out on the best part of my career.”

On Gerald Harris: “I think Gerald Harris is a really good fighter. I think he’s a great wrestler and I think he’s got heavy hands. People keep talking to me about his decisions and I didn’t even realize that he went to all these decisions until it was brought to my attention … . He takes guys in his fights and he takes them where he wants to go. He doesn’t get in bad positions. He usually ends up where he wants to be and he’s pretty composed about it. With that, I give him a lot of respect and I think that I get to show my wrestling in this fight too. I think because Harris’ is so good, I’m going to have to bring that out a little bit more.

“I think in preparing for this fight with Gerald Harris, it’s made me really get prepared in all aspects of my game and I think for me, that people are going to see that. They’re going to be like, ‘Where’s this guy been?’ Because I’ve been off the mainstream for quite a while, but I haven’t been lazy and I haven’t been taking time off. I’ve been more focused and more disciplined than I’ve ever been in my whole career. I think that’s what Gerald Harris is bringing out of me and what people are going to be able to see, is that Josh Burkman’s back and he’s a damn good welterweight.”