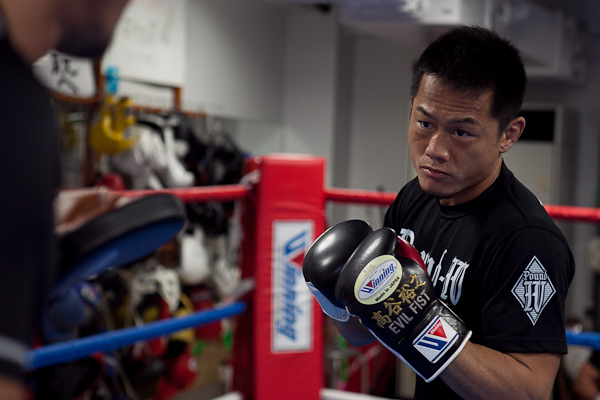 Hiroyuki Takaya has a date for New Year’s Eve, as the Dream featherweight champion will take part in a non-title bout against Georgi Karakhanyan at Dream 18.

The matchup was one of three made official Tuesday for the Dec. 31 card at Saitama Super Arena in Saitama, Japan. Also announced was a welterweight tilt featuring Pride veterans Hayato “Mach” Sakurai and Phil Baroni, as well as a lightweight bout between former Sengoku champ Satoru Kitaoka and American import Will Brooks.

Takaya has won back-to-back bouts since being upset by current UFC talent Robbie Peralta in an April 2011 Strikeforce contest. The 35-year-old “Evil Fist” captured his Dream title in a rematch with Fernandes on New Year’s Eve 2010 and has twice defended the strap -- most recently on New Year’s Eve 2011, when he earned a unanimous decision over ex-Shooto titlist “Lion” Takeshi Inoue.

The final featherweight champion of California’s now-defunct Tachi Palace Fights, 27-year-old Karakhanyan has been on a tear since a shaky 2-2 run with Bellator. Karakhanyan has racked up five straight wins in the past 20 months, including four first-round finishes. His last bout came in September, when he successfully retained his TPF belt with a five-round win against Micah Miller.

Six bouts have now been confirmed for the MMA portion of Dream 18, which will also feature kickboxing under the Glory banner. Dream lightweight ace Shinya Aoki will be in action against wrestler Antonio McKee, while bantamweight champ Bibiano Fernandes will take on Yoshiro Maeda.