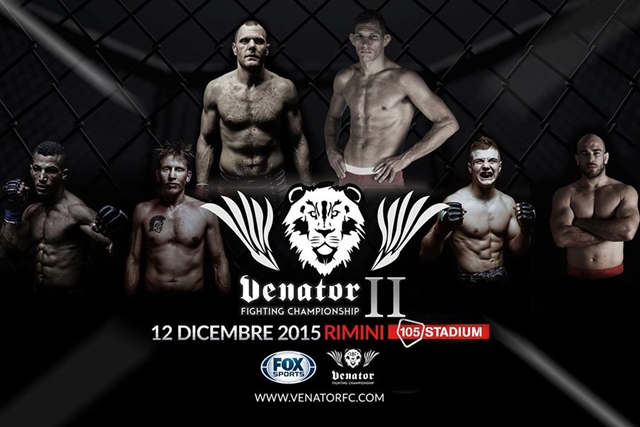 Venator FC 2 is set to take place Dec. 12 at 105 Stadium in Rimini, Italy, and will feature a middleweight main event between Barnatt and local favorite Mattia Schiavolin. Barnatt began his UFC run as an unbeaten prospect, but after racking up three victories, the Englishman dropped three straight decisions to end his Octagon tenure. Schiavolin, who has just one loss in 15 professional outings, captured the Venator title earlier this year by producing three first-round knockouts to win an eight-man tournament.

The show’s co-main event, a non-title welterweight affair, will see Amoussou go against another European with big-show experience, Simeon Thoresen. Amoussou was a Bellator fixture from 2011 until 2014, compiling 5-4 record before exiting on a decision loss to Fernando Gonzalez. He has since run off three straight wins competing in Europe and the Middle East. Norway’s Thoresen will look to snap a four-fight losing skid which includes a March loss to Jack Mason, who will fight Marvin Vettori for the welterweight belt on the Venator FC 2 undercard.