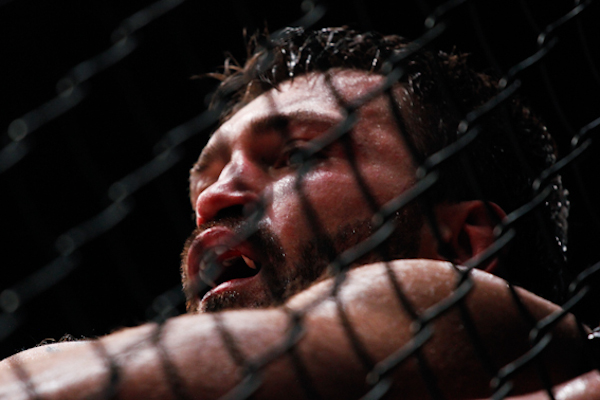 Andrei Arlovski was in a bad way.

After years of being regarded as one of the world’s best heavyweights, the former UFC champion contemplated retirement last year after suffering four consecutive losses dating back to January 2009, the last of which came courtesy of a brutal Sergei Kharitonov right hook in the opening round of the Strikeforce heavyweight grand prix.

Rather than hang up his gloves, however, Arlovski ultimately deciding to continue fighting on the advice of friend and trainer Greg Jackson. The 33-year-old has not lost since, most recently knocking out Devin Cole on Saturday night in the World Series of Fighting’s inaugural headliner on the NBC Sports Network.

“I appreciate Greg Jackson,” Arlovski told Sherdog.com after his victory at the Planet Hollywood Resort and Casino in Las Vegas. “I asked him if I should retire, because some of my [previous] trainers told me [to retire] after the Kharitonov fight. [Jackson] said, ‘Just come to Albuquerque. We’re going to start everything from a new place.’”

“The Pitbull” wasted little time in disposing of Cole, clipping the International Fight League veteran with a straight right hand to the temple that knocked him off-kilter midway through the first round. The bearded Belarusian pursued the finish and accomplished his goal quickly, polishing off Cole with ground-and-pound in 2:37.

“To be honest with you, I don’t remember how I dropped him. I just remember that he fell down, and I saw an opportunity to throw hammerfists,” Arlovski said. “I’m very excited, and I appreciate those people who are still around me, who are still my friends and who train me.”

One of the people who has stood by Arlovski has been Jackson, the fighter says. In fact, Arlovski believes that the most difficult stretch of his career may have transpired differently had he joined Jackson’s camp sooner.

“When we did the last sprints in the mountains before we came here, I said, ‘Greg, I love you, man.’ He’s like a big brother for me,” said Arlovski of his trainer. “He’s always in a good mood. He’s smiling all the time. I remember when we did sprints in the sand dunes. It was the last one or two sprints, and I was exhausted. He raised my hand and said, ‘Listen, brother. If you need to, just grab me, and we’re going to run together.’

“I think that if I had started training with Greg Jackson after the [Fedor] Emelianenko loss in 2009, it might be a different story right now, but I think everything happens for a reason. I’m still young. I still have a lot of fight energy. I still want to fight, and, more importantly, I want to win all my fights.”

Though Arlovski does not know what will come next for him in the cage, the heavyweight says he is game to compete at the WSOF’s sophomore event next year if the stars align.

“So far, [the WSOF has] treated me [well]. They put me on their first main event, and it was an honor,” said Arlovski. “It’s up to World Series of Fighting, but if they want to see me on their next show, I’m like Nike. Just do it.”