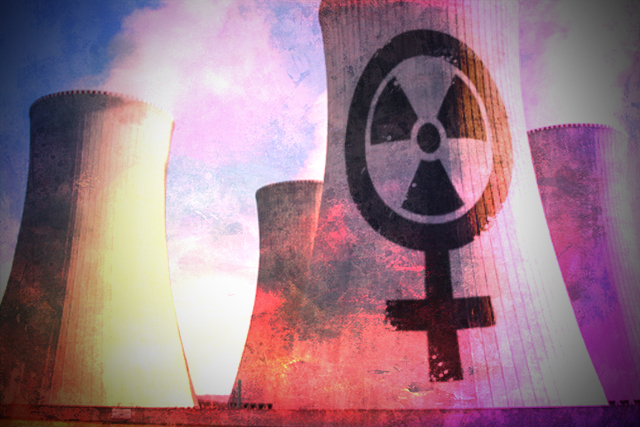 In nuclear physics, “critical mass” refers to the minimum amount of source material required in order to produce a self-sustaining chain reaction. It’s the difference between separate chunks of potent but relatively inert uranium or plutonium and a device capable of leveling cities. In fact, the payload of “Little Boy,” the first atomic bomb used in war, was little more than two pieces of uranium in a contraption designed to keep them away from each other -- until the desired moment.

A similar principle applies to mixed martial arts. While the goals of nuclear weapons design and fight matchmaking are thankfully different, MMA’s ongoing cycle of development, competition and title contention requires its own type of critical mass. In a sport as unpredictable and hard on its participants as this one, there must always be a number of elite contenders hovering around the title discussion. There must also be a certain number of established veteran fighters, whether they’re on their way up, on their way down or one of those who simply seems to hang around forever. Finally, there must be an available crop of up-and-coming prospects to replace those who exit the sport due to age, injury or competitive decline. Even more dauntingly, all of those things are needed for each individual weight class. A crop of dynamic young 145- and 155-pound fighters does nothing to shore up an aging heavyweight division.

Without that critical mass, matchmakers struggle to answer a simple question: “What do we do next to figure out who is the best fighter?” When matchmaking doesn’t appear to answer that question, it becomes difficult to keep fans’ attention without resorting to spectacle and sensationalism. It’s a complex, hungry system, and divisions can survive or even thrive for a time without critical mass. To give just one example, Anderson Silva’s Ultimate Fighting Championship title reign was characterized by a thin middleweight division that served up some less-then-sterling challengers and, until Chris Weidman and Luke Rockhold came along, lacked young talent on the rise. None of that prevented Silva from alternately dazzling and frustrating opponents and audiences alike on his way into the Greatest of All-Time discussion.

For the most part, though, mixed martial arts is at its best when a division has a sufficiently large pool of fighters through which chain reactions can take place naturally, when fighters are rising into title contention just in time for a new contender to be needed. Think of the Bellator MMA lightweight title being passed like a hot potato over several years of matches and rematches between Michael Chandler, Eddie Alvarez and Will Brooks. While we got a few breathtaking fights out of the affair, Bellator’s 155-pound division as a whole stagnated, and it went down that way in large part due to a lack of other contenders; in other words, due to a lack of critical mass.

Regardless of what you may think about the UFC’s ascendancy in general -- it has certainly done good and ill for the sport -- most divisions have benefited competitively from the organization’s decade-plus run of devouring other promotions. In most weight classes today, at least eight of the Top 10 fighters are in the UFC, and generally speaking, other promotions serve as either farm systems or masters’ circuits for the big league. In this atmosphere, “what-if” fights and unfulfilled dream matchups have become a rarity where once they were fairly common.

One area where this dynamic is not as pronounced is in the women’s divisions. It’s hard to deny that women’s MMA lags behind its male counterpart in many regards. Before anyone takes me to the woodshed, I’m not saying female fighters or women’s fights are worse or better; I’m simply saying that side of the sport is trying to catch up, and one of the most obvious ways it’s behind is critical mass. While every men’s weight class from 135 to 205 pounds has enough viable competitors to sustain itself in at least one promotion, the only women’s divisions that can be said to be in truly excellent shape today, with plentiful talent in all three phases of development, are bantamweight and strawweight.

Part of the issue is timeline-related. Even though women have been competing in sanctioned bouts for over two decades now, acceptance was even slower in coming than for men’s MMA. As a consequence, the number of women competing and the number of organizations that would book them has been smaller. The UFC has only promoted women’s fights since 2012. Ten years ago, I could name every active North American promotion that did. That’s something that has been changing and should continue to balance out, given time.

A separate but related problem is how widely scattered the female talent is, and a factor exacerbating that problem is how that talent is being handled, especially by the UFC. Specifically, the problem is in the UFC’s relationship with its sister organization, Invicta Fighting Championships. At risk of piling on another metaphor when I’ve already been beating readers over the head with the whole atomic bomb analogy, Invicta is a golden goose that the UFC has butchered over and over again to its own fleeting gain but to the continued detriment of women’s MMA as a whole.

Let me preface by saying that in my opinion Invicta is incredibly close to being MMA’s perfect minor league. If you think of Invicta as a regional promotion whose “region” is not strictly geographic -- even if it does have a home base in Kansas City, Missouri -- it is one of the very best regional promotions going. It does everything right: scout developing talent, sign that talent at pay rates that are attractive yet apparently sustainable and put on shows in appropriately sized venues with excellent production values. Plus, it sports some of the best matchmaking of any promotion in the business.

Invicta should be an ideal feeder system for the UFC’s burgeoning women’s divisions, a cross between Triple-A baseball and a perpetual season of Dana White’s Tuesday Night Contender Series. A dynamic in which Invicta champions were more or less automatically “sent up” to the big league and promising UFC women in need of seasoning “sent down” would make perfect sense and further bolster Invicta’s solid matchmaking by putting a concrete goal in sight. Instead, Invicta is an admirable promotion putting out consistently entertaining product in spite of the UFC’s frequent meddling in the competitive and promotional process.

The UFC’s habit of signing Invicta fighters, not because of specific contender status but because it needed a body or wanted a face, frequently disrupts Invicta’s progress toward critical mass. In 2016, the UFC signed Invicta strawweight Alexa Grasso, a fighter who was young, undefeated, action-oriented, Mexican and subjectively pretty, all traits the promotion understandably craves. Since then, Grasso has gone 2-1, showing herself to be ready for UFC competition if not title contention, but her signing removed one of the most obvious and intriguing upcoming challengers for then-Invicta champ Angela Hill. Before that could throw the division into too much disarray, however, the UFC signed Hill, as well. In the “needed a body” department, the UFC drafted both halves of Invicta’s recent bantamweight title picture, Tonya Evinger and Yana Kunitskaya, in its perpetual quest to find fresh victims for featherweight queen Cristiane Justino. Both were predictably stopped by “Cyborg,” though Evinger made an admirable scrap of it with her all-timer-level grit. Justino’s train rolled on. Invicta’s bantamweight division was decapitated.

One of the UFC’s earliest star signings from Invicta, Michelle Waterson, has labored in the UFC’s strawweight division since 2014, in spite of being a natural 105-pound fighter. In her most recent fight, a hard-fought split decision win over Cortney Casey-Sanchez, “The Karate Hottie” struggled to deal with a visibly larger woman, as she has in all five of her UFC bouts. In the wake of that win, the cry went out once more among fans on social media that Waterson was being thrown to fighters who were no more skilled but simply too big. In response, many people, including Invicta color commentator Julie Kedzie, called for the UFC to create an atomweight division.

I admire Kedzie as an accomplished fighter, an outstanding commentator and a much-needed voice in the MMA space, but my immediate thought was, “Create it from what?” The UFC has no 105-pound division and Invicta’s has about two dozen fighters, several of whom bounce between atomweight and strawweight. Invicta’s atomweight division has nothing even approaching critical mass.

What is the answer? Most of the women’s weight classes don’t have enough developed fighters or known names for the UFC to split down the middle with Invicta or any of the other promotions doing good work developing young female talent. Is the answer for the UFC to absorb Invicta wholesale and use it to create new divisions from thin air, as it did with World Extreme Cagefighting? I hope not, but perhaps that’s only because I enjoy watching fast-moving Invicta events far more than I like seeing women’s bouts buried on interminable UFC undercards. All I know is that the current arrangement helps the UFC briefly, hurts Invicta constantly and does little for the sport as a whole.