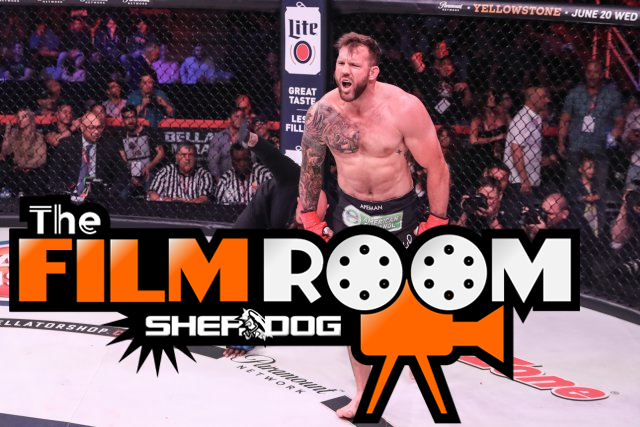 Bellator MMA’s heavyweight grand prix continues this weekend with Matt Mitrione vs. Ryan Bader at Bellator 207 on Friday. The winner of each fight will move on to the finals to crown the first Bellator heavyweight champion since 2016.


Bader burst onto the Bellator scene by defeating Phil Davis for the light heavyweight championship in his first fight with the company and now he’s a hefty favorite to win the heavyweight grand prix to become the first simultaneous two-weight champion in Bellator history, despite never fighting at heavyweight until now.

Bader is a former NCAA Division 1 All-American and three-time Pac-10 champion out of Arizona State University and uses his wrestling background to become one of the most dominant grapplers in MMA. Bader knows what got him to the dance and doesn't waste a second trying to get opponents to the ground. He usually relies on his double-leg takedowns set up with an overhand right, but he will also shoot for singles and duck under opponent’s strikes for counter takedowns. Bader is also a black belt in Brazilian jiu-jitsu, which adds another wrinkle to his already deep bag of grappling tricks.

Once on the ground, Bader paces himself and strikes just enough to not get the fight stood up while slowly breaking down his opponents. Something I love about Bader’s ground-and-pound is how often he goes to the body. Body shots are highly underused in MMA and they are the best strikes to deplete your opponent’s cardio. Since Bader’s game plan is to slowly drain his opponents, these body shots compliment his style perfectly and open opponents up for submissions or strikes to the face once they are focused on defending their body.

Bader doesn't spend much time on the feet, but when he does find himself striking with opponents he routinely looks for a lead hook to overhand right combo. This is the same combo he uses to set up his takedown entries, which allows him to land it more than others could since opponents are expecting the takedown and will often drop their hands to defend the level change. Since Bader is an undersized heavyweight, he might have more success striking against bigger opponents due to his speed advantage.

Bader scored the best knockout of his career in 2016 against Ilir Latifi with a beautiful switch knee, but this wasn’t the first time he attempted this technique. Bader will often throw this knee when opponents are backed up to the cage and usually follows it up with a takedown. This is a takedown setup that Khabib Nurmagomedov has used his entire career and is a wonderful way to distract the opponent from the takedown in fear of being caught. Since Mitrione struggles on the ground and often finds himself backed against the cage, look for Bader to use this set up early and often.