On Thursday, “Cris Cyborg” will attempt to become the second woman to defend the Bellator MMA featherweight title.

Cristiane Justino became the second woman to win the Bellator 145-pound belt when she knocked out Julia Budd at Bellator 238 in January. However, if we adhere to the homespun wisdom of Matt Hughes, who famously claimed that a champion isn’t truly a champion until he or she has successfully defended that title, then she has one more hurdle to overcome, in the form of her first title challenger, Arlene Blencowe. “Cris Cyborg” and “Angerfist” will meet in the main event of Bellator 249 on Thursday at the “FightSphere” in the Mohegan Sun, Bellator’s de facto home venue during the COVID-19 pandemic.

Budd, the inaugural Bellator women’s featherweight champion, passed the “Hughes test” with flying colors, defending her belt three times. That number might have been greater if not for the promotion’s reluctance to crown a champion; by the time Budd pounded out Marloes Coenen to become the champ, Bellator had been putting on women’s featherweight fights for well over two years. 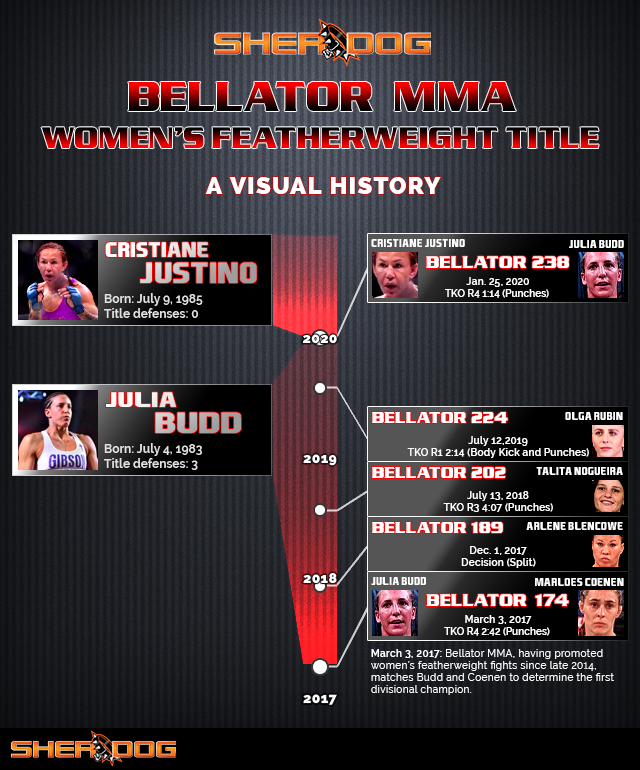