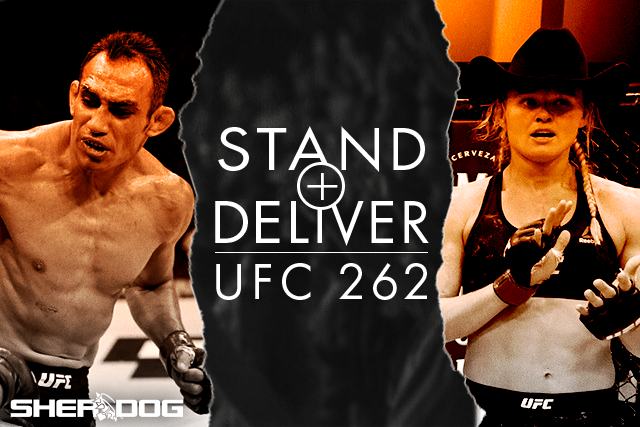 On Saturday, UFC 262 will take place in a packed Toyota Center in Houston, Texas. While the card isn’t quite the three-title-fight extravaganza of its pay-per-view predecessor, last month’s UFC 261, it’s a loaded lineup in its own right. Notably, the card features a number of fighters with their backs to the wall. From onetime contenders running out of chances to show they’ve still got it, to former blue-chip prospects trying not to lose that last bit of shine, here are some fighters under special pressure to stand and deliver at UFC 262.


It is one of the immutable laws of the universe: any horror franchise, given sufficient time, will eventually devolve into either G-rated kiddie fare or insipid self-parody. Look no further than Bunnicula, the vampire rabbit of the eponymous book series; or hockey-masked Jason Voorhees hacking his way through a spaceship full of horny teenagers in Jason X. For most of his Ultimate Fighting Championship career since winning Season 13 of “The Ultimate Fighter,” Ferguson has been one of the very best fighters in the lightweight division, and absolutely the most frightening. “El Cucuy” was the perfect nickname for the man who overwhelmed opponent after opponent with sheer violence, a storm of unorthodox but effective striking, top notch wrestling and a venomous submission game he termed “snap-jitsu.” The eternally cursed title clash between Ferguson and Khabib Nurmagomedov might be the greatest lost fight in MMA history.

However, 2020 was a rough year for Ferguson, as he suffered the first back-to-back losses of his career against Justin Gaethje and Charles Oliveira. Against Gaethje, Ferguson withstood a hellacious beating for four and a half rounds before being saved from his own toughness by a merciful Herb Dean. Against “do Bronx,” he found himself dominated and controlled on the ground. While both losses were against the elite of the elite, by the eye test, Ferguson did not look the same. The man who once buried and broke other fighters with relentless volume was now the one who struggled to keep up. If Ferguson doesn’t want to lose his third fight in a row — and with it, much of his remaining mystique — he will need to turn it around against Beneil Dariush, which is a tall order. Dariush is an appropriate matchup, a step down to a Top 10 fighter where Gaethje and Oliveira were Top 5 at worst, but he’s also been on a tear recently and appears to be in his absolute prime. Notably, Ferguson is the underdog for only the second time in his 19-fight UFC career. “El Cucuy” is 37, with a history of injuries and the wear and tear of 30 fights and his own famously hardcore training regimen. This Saturday will tell us a lot about just how much tread is left on the tires of this all-time great.


Less than two years ago, Lee was 11-2, on a three-fight win streak to open her UFC career and looked very much like a budding star in the still-newish flyweight division. She met fellow kickboxer and rising contender Joanne Calderwood in a title eliminator at UFC 242 and lost via split decision, kicking off a three-fight slide to even out her Octagon record.

Even in the COVID-19 era, four straight losses almost always mean walking papers for UFC fighters below the B.J. Penn – Donald Cerrone level of prestige and accomplishment, and there is a decent chance that “KGB” is fighting for her job against Antonina Shevchenko on this weekend’s undercard. It might not be fair — all three of her recent losses have been ultra-close, and at least one, the Lauren Murphy fight, really should have gone the other way — but there it is. However, even if her roster spot is safe with a loss at UFC 262, Lee needs to start digging back out of this hole if she has any plan to deliver on the promise of her early UFC run. Like Ferguson, Lee is an underdog this weekend after dropping a couple of fights as a comfortable favorite. This fight has “prove it” written all over it.


It wasn’t long ago that it felt as though “Jacare” would never grow old. Yes, the former Strikeforce champ had been in a holding pattern for a few years as one of the best fighters not to break through to a UFC title shot, but even as he neared his 40th birthday, he remained a tough out for anyone. His world-class Brazilian jiu-jitsu was bolstered by his elite athleticism and shocking power on the feet.

Those days appear to be over. Souza has lost three in a row, five of his last seven, and all of a sudden seems like a 41-year-old. It isn’t as though his current skid includes any chumps — he gave current light heavyweight champ Jan Blachowicz a far harder time than any of Blachowicz’s three subsequent opponents — but much like Ferguson, the recent optics have not been good. Souza simply isn’t guaranteed death on the ground in the way he was a few years ago, and his chin is not the same either. Both of those factors collided in his most recent loss, as Kevin Holland laughed and jawed while knocking “Jacare” out from the literal seat of his pants. Souza’s opponent this Saturday, Andre Muniz, is a solid signee from Dana White's Contender Series and a submission artist in his own right, but frankly he’s a fighter that even the 2017 version of Souza would have crumpled into a ball and kicked into the third row. If the 2021 version of Souza can’t handle him, the UFC will have serious difficulty matching him going forward.