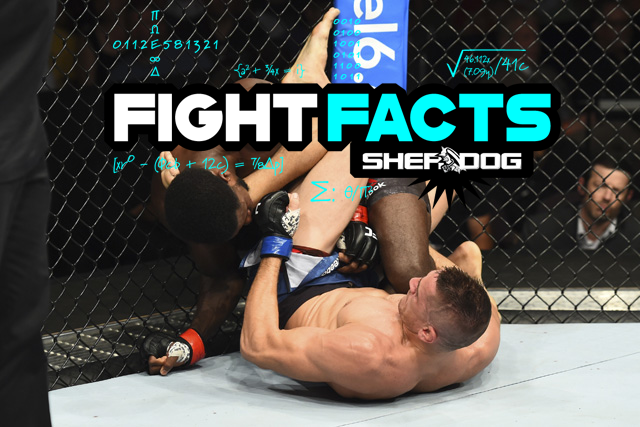 Making a stop in Boise, Idaho, for the first time, the Ultimate Fighting Championship on Saturday brought an under-the-radar card with several great matchups to town. UFC Fight Night 133 featured several fighters suffering their first career knockout losses, one of the unluckiest fighters in the promotion’s history and the first husband-wife duo to record wins within a month of one another.


A-PEELING DESTINATION: The UFC took its first trip to Idaho, making it the 38th state to which the company has traveled in its nearly 25-year history.

HEAVY HITTER: Winning for the 13th time inside the Octagon, Junior dos Santos’ victory over Blagoy Ivanov in the main event gave him the third-most wins in UFC heavyweight history. He trails only Andrei Arlovski and Frank Mir, each with 16.

WIN SOME, LOSE SOME: Dos Santos has alternated wins and losses in his each of his last nine bouts dating back to his knockout of Mir in 2012. The streak of alternating wins and losses is among the longest ever for a UFC fighter. Ross Pearson, Michael Bisping and Erick Silva have sported similar streaks throughout their careers.

SPEED’S THE NAME OF THE GAME: When Niko Price knocked out Brown with powerful hammerfists, he joined an illustrious group of fighters throughout MMA history that have knocked out their opponents while on their backs. A couple of oft-cited examples of knockouts from fighters on their backs include Jon Fitch’s upkick knockout of Thiago Alves at UFC Fight Night 5 in 2006 and Gegard Mousasi’s upkick knockout of Ronaldo Souza at Dream 6 in 2008.

NASTY NIKO: Price has stopped his opponent within the first two rounds in 11 of his 12 wins.

WE ARE AN EFFECTIVE TEAM: Husband and wife Mark De La Rosa and Montana De La Rosa both picked up rear naked-choke victories in July, making them the first married couple to record wins in the same month in UFC history.

TRYING HARD NOW: Dos Santos walked out to “Gonna Fly Now” by Bill Conti for the 15th recorded time in his UFC career. With his victory over Ivanov, he made “Gonna Fly Now” the first song in UFC history to accompany 25 recorded wins.

YOU BEST GET OUT OF THE WAY: Walking out to Ted Nugent’s “Stranglehold,” Zak Ottow was on the receiving end of a Sage Northcutt knockout in the co-main event. Six of the last seven fighters to walk out to the song have lost, five of them by stoppage.

T.N.T. AND YOU WON’T WIN THE FIGHT: Accompanied to the cage by AC/DC’s “TNT,” Jennifer Maia lost by decision to Liz Carmouche. Her defeat dropped the record of fighters using the track to a recorded 5-11 (.313).