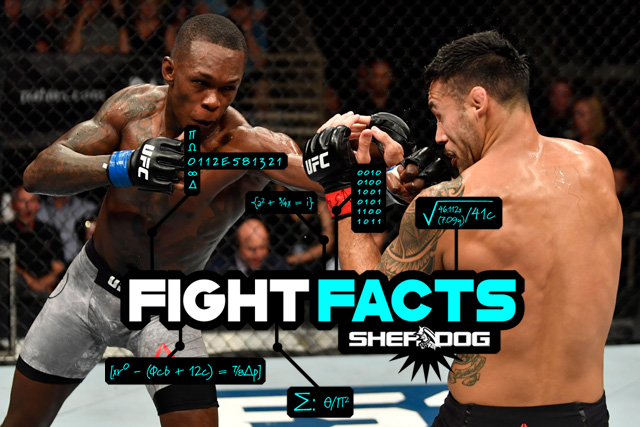 “The Ultimate Fighter 27” Finale on Friday at the Palms Casino Resort in Las Vegas marked the end of the presumed penultimate season of “The Ultimate Fighter” reality series and brought with it a card chock full of undefeated competitors. It featured the rare occurrence of a fighter getting a “Performance of the Night” bonus despite winning by decision, a longtime veteran finally getting his name on the marquee and a submission specialist getting a milestone victory.


SPLIT THE DIFFERENCE: Half of the 24 fighters on the card came in with undefeated records, and of those 12, only Israel Adesanya, Mike Trizano, Brad Katona, Luis Pena, John Gunther and Bryce Mitchell kept their streaks intact.

RIGGED SYSTEM: Following the completion of Season 27 of “The Ultimate Fighter,” 10 undefeated fighters from the show were matched against one another at the finale, all but ensuring half would lose their undefeated status. While several of those fighters on the card were billed by the Ultimate Fighting Championship as having one loss, the losses were not official, as the bouts took place months ago and are considered exhibitions by the Nevada Athletic Commission.

TOTALLY WORTH IT: For the sixth time in UFC history, a fighter who won a decision also earned a “Performance of the Night” bonus. It went to Adesanya, who dismantled Brad Tavares on his way to a unanimous verdict in the main event.

BENDER NO BENDING: Adesanya went the distance for only the second time in his MMA career, fighting five dominant rounds against Tavares. In his first 12 MMA bouts, “The Last Stylebender” knocked out every opponent within the first two rounds. Adesanya has now won two “Performance of the Night” bonuses in his three UFC appearances.

NEW TO ME: For the first time in his 17-fight UFC career, Tavares was featured in the main event. While he has never earned a post-fight bonus, three of the five fighters to defeat him have earned post-fight bonuses in their wins.

ROXY 3.0: In her first 17 career wins, Roxanne Modafferi won by stoppage only five times. After her second-round technical knockout of Barb Honchak, Modafferi has now stopped her opponent in four of her last five wins. After two seasons of “The Ultimate Fighter” and three appearances on “The Ultimate Fighter” Finale events stretching over four and a half years, she finally recorded her first win inside the Octagon.

HOW THE TABLES TURN: The first seven fighters to miss weight in 2018 all won their fights. However, after Julian Marquez missed weight by four pounds and then lost to Alessio Di Chirico, each of the last three fighters to come in heavy have suffered defeats.

RAISE ME UP A CROP OF DENTAL FLOSS: With her submission of Rachael Ostovich, Montana De La Rosa became the fifth female fighter in UFC history to submit her first two opponents inside the Octagon, joining Ronda Rousey, Michelle Waterson, Cynthia Calvillo and Gillian Robertson. Her stoppage at 4:21 of Round 3 was the third-latest stoppage in a UFC women’s non-title bout.

GET CRAZY: By submitting Richie Smullen in the first round, Luis Pena has stopped each of his first six opponents as a professional and amateur, five of them by submission.

TYRANNY OF THE MAJORITY: For the first time in UFC history, two fights on a card were scored as majority decisions.

WELL, TECHNICALLY: Gerald Meerschaert forced the referee to intervene and won his bout with Oskar Piechota by technical submission via rear-naked choke. Exactly 25 fights in UFC history have ended in such a fashion, which is the same number of technical submissions by guillotine choke.

GM3 SPREE: By tapping Piechota with a rear-naked choke in the second round, Meerschaert picked up his 20th career victory by submission. Meerschaert has finished his opponent in 26 of his 28 wins and has only gone the distance three times in his 37-fight career.

BEAT DOWN, TILL THE VICTORY IS MINE: Walking out to “Warrior” by hard rock band Disturbed, Steven Peterson prevailed over Matt Bessette by split decision. Peterson’s win gave the band its seventh recorded win as a walkout artist, raising its paltry winning percentage to 33.3 percent -- still the lowest of any band used at least 20 times.