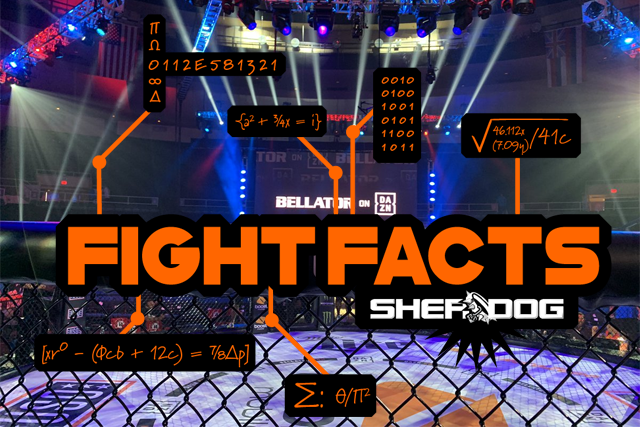 BEATEN TO THE HAWAIIAN PUNCH: After hosting 211 events since 2009, Bellator MMA finally touched down in the state of Hawaii for back-to-back shows. While combining to stage 646 cards across 25 years, the Ultimate Fighting Championship, World Extreme Cagefighting, Pride Fighting Championships and Strikeforce properties have never held an event in Hawaii.


In the first event of its Hawaiian doubleheader, Bellator MMA brought Bellator 212 to Honolulu on Friday and showcased some old, some new and a whole lot of violence. It featured the first three-time champion in promotional history, an undefeated wunderkind destroying his opposition and a heavyweight icon who tapped out to Father Time.

SWEET SMELL OF VICTORY: With his decision win over Brent Primus, Michael Chandler is now one of the winningest fighters in Bellator history, tying Patricio Freire’s record of 16 victories. Both Chandler and Freire hold marks of 16-4 inside the promotion.

TITLE TRIFECTA: By winning Bellator’s lightweight strap for the third time in his career, Chandler became one of the few fighters to ever win a belt three separate times inside a major promotion.

IRON MIKE: After fighting for the 20th time inside the Bellator cage, Chandler is one of five fighters to appear at least 20 times in the promotion, along with Joe Warren (20), the aforementioned Freire (20), Patricky Freire (20) and David Rickels (21).

MY NAME IS MUD: Until he faced Chandler a second time, Primus had never been defeated in eight career bouts.

THE ANTI-CHANDLER: Over the last five years, Primus has competed exactly five times -- only once per year. His most active year in his career came in 2013, when he made his successful Bellator debut in September and then won again two months later. Over that same span, Chandler has competed 10 times.

NOT JUST EYE CANDY: Across his 11 career wins, Javy Ayala has stopped his opponent 10 times. Frank Mir became his latest victim after submitting to punches. This was not the first time “Eye Candy” had taken this route to victory, as he won his MMA debut in 2011 by making Gary LaFranchi tap to strikes.

‘PLEASE STOP PUNCHING ME’: Mir, the Ultimate Fighting Championship’s all-time leader in submission wins (eight) at heavyweight, tapped out for the first time in his 17-year, 31-fight career -- albeit to strikes.

MOVE OVER, CAIN: Juliana Velasquez prevailed over Alejandra Lara by split decision and in doing so improved her unbeaten record to 8-0.

WHERE TITLE SHOTS ARE EARNED?: A.J. McKee extended his record for the longest unbeaten streak inside the Bellator cage to 13 fights by submitting Daniel Crawford.

NO SON OF MINE: In finishing Crawford with a submission, McKee picked up his ninth career stoppage. He now holds more finishes in his three and a half-year career than his father, Antonio McKee (eight) earned in 37 fights across 15 years.

TOBLEROWNED: Toby Misech finished Edward Thommes with a flying knee and follow-up punches and in doing so earned the 14th stoppage with a flying knee in Bellator history. His finish was, however, the first by flying knee to be recorded as a technical knockout and not a clean KO.

TAP FOR A GRACIE: By winning his MMA debut with a second-round rear-naked choke against Bryson Bolohao, Robson Gracie Jr. earned the 250th rear-naked choke submission in Bellator history. It is the most frequently performed type of submission by far, with no other submission yet breaking 100 uses.


Rounding out its doubleheader on Saturday in Honolulu, Bellator MMA with Bellator 213 brought a predominantly Hawaiian card for the hometown fans. The event featured two fighters tying for the most submissions in Bellator history, one of the most successful female Bellator champions defending at home and a fighter making the Gracie name proud.

BEATING THE BELL: Four bouts ended during the third round at this event, tying Bellator 92 and Bellator 137 for the second-most such fights all-time, again trailing Bellator 97, which had five.

SINISTER SIX: Ilima-Lei Macfarlane and Neiman Gracie each performed their sixth submission inside the Bellator cage, tying them with Chandler, Alexandre Bezerra, Goiti Yamauchi and Marcin Held for the most in organizational history.

STACKING THE DECK: Across eight preliminary bouts, all 16 of the involved fighters hailed from Hawaii. Meanwhile, the only Hawaiian fighter on the entire card to face off against a non-Hawaiian was Macfarlane, who submitted Canadian challenger Valerie Letourneau in the main event.

LEI LADY LEI: When she defeated Letourneau, Macfarlane remained unbeaten in nine fights. She has finished seven of her opponents.

AND STILL …: In successfully defending her belt for the second time, Macfarlane tied Julia Budd for the most title defenses of a female champion in promotional history.

NOT JUST A TOURIST: When she entered the cage to compete for the Bellator flyweight belt, Letourneau became the first female fighter to ever fight for titles in both the UFC and Bellator. Letourneau previously faced Joanna Jedrzejczyk for the Ultimate Fighting Championship women’s strawweight crown at UFC 193 in 2015 and lost by decision.

THE DRAGON IS BACK: When Lyoto Machida beat Rafael Carvalho by split decision, he extended his current winning streak to three fights. Machida has not gone on a winning streak that long since he started his career 16-0 before losing by knockout to Mauricio Rua.

THE GRANDEST OF PRIX: In tapping Ed Ruth at 2:17 of the fourth round, Gracie recorded the second-latest stoppage in a non-title fight in Bellator history. All welterweight grand prix bouts are scheduled for five rounds, even when the championship is not on the line. Previously at Bellator 206, Douglas Lima put Andrey Koreshkov to sleep in the fifth round as part of the grand prix.

HEIR TO THE THRONE: When he submitted Ruth, Gracie improved his undefeated record to 9-0 with eight submissions. The submission was his first to take place after the second round.

RUTHLESS: In losing by submission to Gracie, Ruth suffered the first defeat of his seven-fight career.

TOP GEAR: Upon knocking out Muhammed Lawal, Liam McGeary earned his ninth win at light heavyweight inside the Bellator cage -- the most in the division’s history.

LIGHT AS A HEAVYWEIGHT: Both McGeary and Lawal competed for the 12th time under the Bellator banner at light heavyweight, tying Emanuel Newton for the most all-time in the 205-pound weight class.

THE MACHIDA ERA REBORN: In his Bellator debut, Machida walked out to “Heart of the Dragon” by ex-UFC and ex-Bellator fighter Kevin Casey and edged Carvalho on the scorecards. Although Machida frequently changes his walkout music, he did once hold a stretch of eight consecutive fights from 2009-2013 where he walked out to “Bleed It Out” by Linkin Park.

ON REPEAT: Both McKee and Kona Oliveira walked out to “WIN” by Jay Rock this weekend, but only McKee emerged victorious. Over at UFC on Fox 31, Drakkar Klose walked out to the track, as well, and beat Bobby Green.