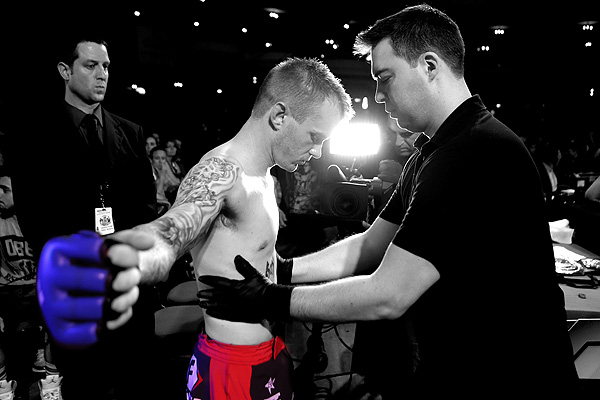 MMA constantly teeters between sport and spectacle based on the audience, the promotion and the fighters. Some have little interest in drawing attention to themselves, preferring to make their way to the ring or cage with little fanfare, aside from a brisk stroll and a perfunctorily chosen track. Others make their walkouts the center of attention, featuring fireworks, dancers and all manner of other wildness.

The latest installment of the Sherdog Top 10 series focuses on the fighters who have made the most of their entrances over the course of their careers, whether simply through understated, ice-cold consistency or, on the opposite end of the spectrum, over-the-top presentation. This is not a list of individual walkouts but a measure of how memorable the Sherdog.com staff panel found the fighter’s aggregate entrances during his or her time in MMA.

Number 10 » In a sport where most fighters’ walkout songs grace a recent top-40 list and tend to fall into the most popular genres, he stands out for his consistent choice of the collaboration between Italian tenor Andrea Bocelli and Sarah Brightman: “Time to Say Goodbye.” It is a unique choice and it has become iconic for a fighter who doubles as a pop star and model in his home country.
« Previous Next »