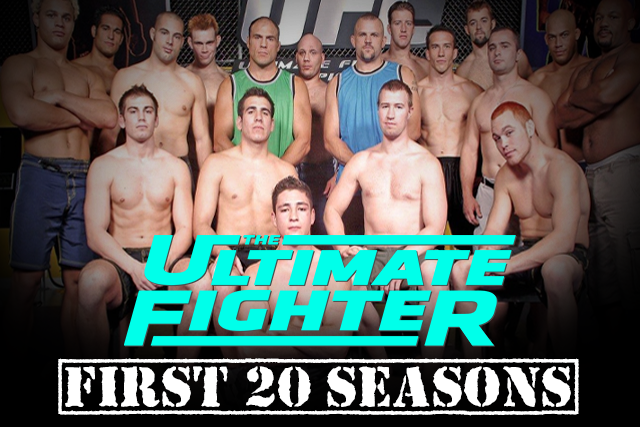 
With “The Ultimate Fighter” Season 29 in full swing, the attention of the mixed martial arts fan base is once again pulled in the direction of the venerable reality series. Ultimate Fighting Championship featherweight champ Alexander Volkanovski and presumptive title challenger Brian Ortega are guiding a cast of bantamweight and middleweight hopefuls through the classic tournament format, and the only visible difference from the original run is that the show was taped at the UFC Apex rather than the “TUF house.”

While Volkanovski and Ortega have authored a new entry in the show’s annals, it will be at least a few years before the true winners and losers of “TUF 29” are known. For the first 20 seasons, however (the first 18 seasons of the main series, plus the UK vs. Australia “Smashes” and the first season of “TUF Brazil”), the time for historical reassessment is now. Sherdog’s “TUF Redraft” series, which ran last year, ranked each season’s fighters based on what they accomplished on the show and afterward. The most recent installment in the series ranked the greatest “TUF” fighters as well as the best and worst draft picks, and now it’s time to have a look at seasons rather than individuals.

Which were the best and worst of the first 20 seasons of “The Ultimate Fighter?” In order to rank them, let’s throw together some arbitrary, subjective, but hopefully reasonable standards:

The show’s purpose is to keep the parent promotion stocked with talent. As such, a fighter’s accomplishments in the Octagon mean more as an indicator of a season’s success than what they did elsewhere.

The show’s top-level goal is finding — and building — the next generation of UFC champions and stars. Fighters like Forrest Griffin, who win the show and then return as coaches ahead of a UFC title fight, are the dream.

While the UFC would obviously be ecstatic if every season produced a Griffin or Michael Bisping or Robert Whittaker, the promotion needs rank-and-file soldiers as well. “TUF” graduates who stick around the promotion for 10 or more fights are an indicator of success — even if they lose more than they win.

If it comes down to tiebreakers, “TUF” is still a television show, aimed at entertaining viewers. It has the potential to introduce new fans not only to a cast of fighters, but to the sport itself. If there were cast members who embarrassed themselves or the promotion? If the coaches’ fight sucked (or never ended up happening)? If the season was just a dud? It all counts — at least a little.

With that out of the way, let’s rank these 20 seasons from worst to first.