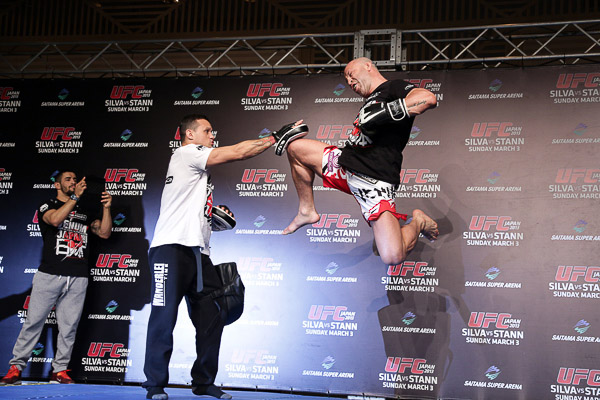 
Wanderlei Silva will celebrate his 37th birthday on July 3.

The man affectionately known as “The Axe Murderer” remains one of MMA’s most beloved figures, even as he navigates what most see as the twilight of his career. Silva carries with him one of the sport’s most enduring resumes, with wins over Quinton Jackson (twice), 1992 Olympic gold medalist Hidehiko Yoshida (twice), former two-division Pride Fighting Championships titleholder Dan Henderson, onetime Strikeforce champion Cung Le and “The Ultimate Fighter” Season 3 winner Michael Bisping, along with three victories against Japanese icon Kazushi Sakuraba.

Silva held the Pride 205-pound crown for more than five years, putting together a record-setting 20-fight unbeaten streak at one point. Revered for his aggressive approach and violent style, he has secured 25 of his 35 career wins by knockout or technical knockout. Since returning to the Ultimate Fighting Championship in 2007, Silva has compiled a 4-5 record, though he has been awarded “Fight of the Night” bonuses five times in those nine appearances.

Those in MMA celebrating a birthday the week covering June 30-July 6: